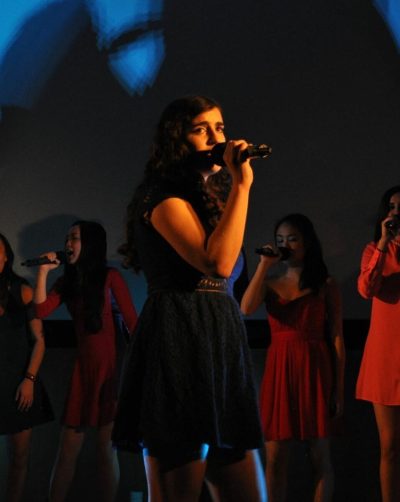 Anna Colette is a singer/songwriter based in New Orleans. Her specialties include songwriting, vocal arranging, and home mixing. She also enjoys writing instrumental music.

In 2015 Anna graduated from LaGuardia High School of the Arts with a major in Vocal Music. In 2019 she graduated from Cornell University with minors in Music and Computing in the Arts. At Cornell she joined and became Musical Director of Hearsay A Cappella. She ran rehearsals and arranged nine songs for the group. During her senior year she wrote their first original song, thus making Hearsay one of only two Cornell A Cappella groups to perform original music. The song “Quietus” was featured on Hearsay A Cappella’s album, Testimony.

While at Cornell she also performed in the highest level Cornell University Chorus: Chamber Singers, and composed music for workshops and readings with Contrapunkt!: Cornell’s undergraduate composers’ organization.

Anna writes, records, and mixes all of her own music. Her YouTube channel featuring original songs and arrangements has received over 285,000 views. She wrote, recorded, mixed, and released her self-titled debut album in 2021. Her music has been featured on the Cornell Chimes, at the opening of the Robert Hofmann Art Exhibit, on WHRW: Binghamton University’s FM radio station, and on the app NEXT Music.

When not writing music, you can find Anna fighting for various social justice causes, skateboarding, or petting her roommate's rambunctious cat, Willoughby.