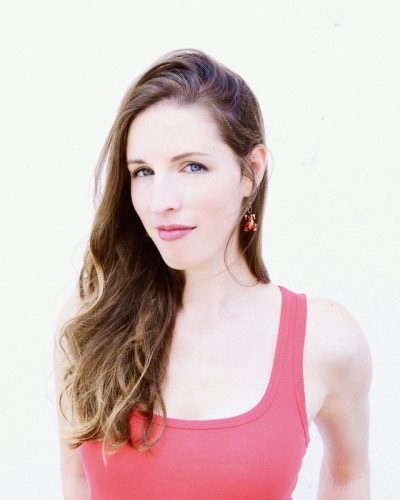 ANDREA DALY is a New York-based composer and songwriter whose writing ranges from contemporary theatre to pop songs to classical work.

As a composer of concert music, Andrea completed her PhD in Composition at Stony Brook University in New York in 2014, where she was awarded the university’s prestigious Graduate Council Fellowship, The Ackerman Prize in Music, and The President’s Award in Teaching. Her commissioned choral work “Beloved” was recently featured in the Ohio Choral Director’s Association 2020 Conference.

As a songwriter and professional vocalist, Andrea has independently released four EPs, and signed a pop publishing deal with Warner/Chappell Music in 2013 before joining the Concord Music family in 2017. She also freelances as a session singer, backup singer, and audio editor, collaborating with Grammy-winning artists, producers, and engineers. She is a voting member of The Recording Academy, and the Dramatists Guild of America.