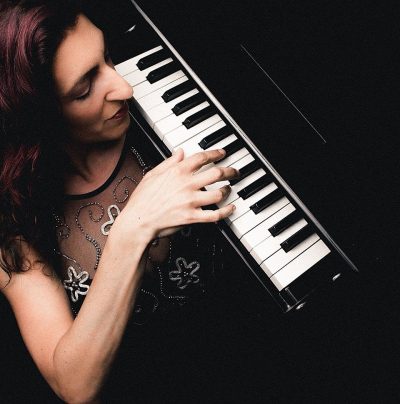 Andra Velis Simon works extensively in Chicago and around the country as a music director, adapter, arranger, pianist, vocal coach, and educator. Regionally, her work has been seen at Actors Theatre of Louisville, A.R.T. in Cambridge, Berkeley Rep, Brooklyn Academy of Music, NYU’s Skirball Center, Oregon Shakespeare Festival, Pasadena Playhouse, and others. In Chicago, she has worked with The Goodman, Steppenwolf, Firebrand Theatre, Chicago Children’s Theatre, The Hypocrites, and dozens of others. In addition, Andra is a Practitioner in Residence at Columbia Chicago Chicago, where she has taught musical theatre performance since 2008. Areas of special expertise include audition coaching, combining the techniques of acting and singing, and adapting/arranging musicals for actor-musicians. Andra prioritizes DEIA in all projects and works with organizations that share those values.