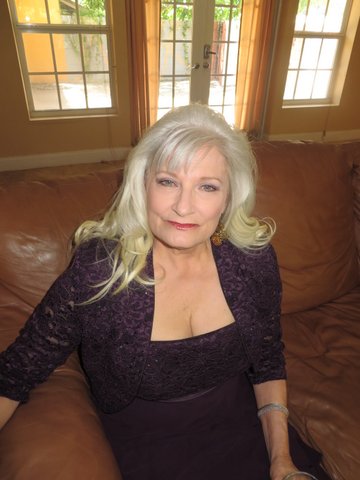 Alysse Aallyn is the author of four well-received thrillers, FIND COURTNEY, DEPRAVED HEART, WOMAN INTO WOLF and I'LL SLEEP WHEN YOU'RE DEAD, one historical novel (DEVLYN) and a book of short stories (AWAKE TILL THE END.) She has three published books of poetry – THE SACRED QUIVER, THE HOT SKIN, and THE FIVE WOUNDS and edited another (THE FEATHERED VIOLIN.) She trained in theatre at Circle in the Square Theatre School and Martha Graham School of Dance. She appeared in the part of Isabella in Jean Giraudoux’s THE ENCHANTED at the New Yorker Theatre. She has held writing fellowships at Brooklyn College and LaSalle University. DEPRAVED HEART won a 2011 CT Press Club best fiction award and her play QUEEN OF SWORDS was a semi-finalist in the 2014 National Arts Council First Play award. WOMAN INTO WOLF was a semi-finalist for The National Playwrights Conference (2016). She has been invited to read her original work at The Folger Shakespeare Library in Washington, DC and has taught creative writing at Catonsville Community College. She has also appeared as a crime commentator on ID-TV’s BLOOD RELATIVES. Her play, LET'S SPEAK VIETNAMESE was published in Dramatika Magazine and OUR FATHER'S RESTAURANT PERFORMED on Pacifica Radio. Other plays she’s written are THE HONEY & THE PANG about Emily Dickinson’s posthumous career, CUCK’D – a modern Othello, and CAVING, in which the theatre is transformed into a cave for a spelunking dare. ROUGH SLEEP, (based on her novel I'LL SLEEP WHEN YOU'RE DEAD ) was produced by Manhattan Repertory Theatre in 2019. Her latest play, LEONARD & VIRGINIA (the longer version is known as THE DALINGRIDGE HORROR) uses Leonard & Virginia Woolf's own words to explore the nature of their partnership and is a finalist for the Tennessee Williams One-Act Play Award. She and a musical collaborator are working on WOMAN INTO WOLF, "a poetic, magical play where trees become conscious, wolves dance, the forest gives up its dead and one star-crossed family confronts its secrets while sacrificial gender victims unite to heal the universe."