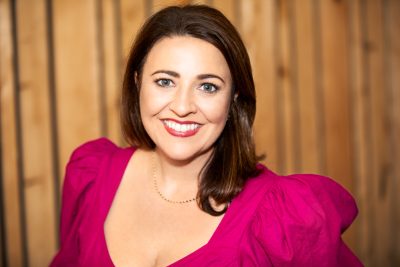 I’m a multi-passionate creative entrepreneur. What does that even mean? It means I’m not just one thing. None of us are. I’m an author, coach, actor, singer, composer, and mom.
I have a BFA in Musical Theater/English from Syracuse University and am a proud member of the Actors Equity Association and ASCAP.

My debut novel that originated as a Musical, Ballad of Dreams, was a #1 new release on Amazon and can also be found at the Drama Book shop in NYC. I've been in the recording studio this summer working on an album of the original music I composed as well as recording the audiobook. In March of 2022, I performed my original song "It's Never too Late" on the Tamron Hall Show.

Prior to writing and composing Ballad of Dreams I recorded and released my EP "Soul Stories" on Itunes, and performed at the acclaimed Appollo Theater in the Gospel Musical " If This Hat Could Talk" Directed by Tony Winner, George Faison.

Currently working on producing an album release concert in December for Ballad of Dreams at the Triad Theater!