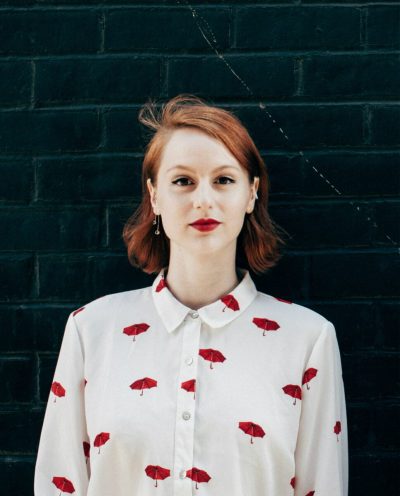 The unique sound of award-winning composer, conductor, and multi-instrumentalist Alba S. Torremocha blends contemporary instrumental textures and effortless melodies to create vibrant and compelling musical atmospheres. At only 26 years of age, her concert pieces have been premiered around the world, and her soundtracks for film, TV and video games keep receiving critical acclaim.

Coming from a highly-refined background in classical composition and orchestration, she studied Violin, Composition and Conducting in Europe. She graduated from the prestigious Musikene Conservatoire (Spain) as the valedictorian of her class, and later graduated with honors from New York University with a masters in Film Scoring.

She has been honored by Rotary International with the Prize “Main Protagonist of Tomorrow” along with the JOSCS Symphony Orchestra, and she’s a recipient of the Billy Joel Scholarship and the Elmer Bernstein Award. In 2016, she won the Residency of the NYU Symphony and her piece Serendipia was premiered at Symphony Space (NYC) under the baton of Constantine Kitsopoulos. Alba combines her work as a conductor and professor at NYU with various projects in the classical, film, game and VR industry.