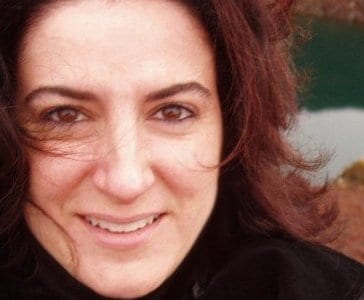 Combining her previous careers in ballet, acting and songwriting, Victoria Deiorio is a critically acclaimed sound designer and composer for theatre, based in Chicago. With a BFA in Musical Theatre from Syracuse University, and studying classical acting in London at RADA and LAMDA, she transitioned from the performance artistry to the technical. She has also written a few plays and musicals, directed, production managed, and produced theatre.

Her book The Art of Theatrical Sound Design - A Practical Guide was published 9/2018.

She was an Associate Artistic Director with COR theatre, a founding member of Rivendell Theatre Ensemble, an artistic associate with The Next Theatre, and a member of Lifeline Theatre.

She directed Skin Tight with COR theatre; Falling: A Wake with Rivendell Theatre Ensemble; Mami, Where'd My O Go with COR theatre; Stigmata (which she also wrote) for RTEs Fresh Produce; a staged reading of Night Light by Robert Smith; Sunday on the Rocks with Second Sex at Bailiwick Theatre; 365 Days, 365 Plays - Week 19 and The True Story of the Three Little Pigs! at Lifeline Theatre.

She composed Dirty Cowboy and Flight of the Dodo – 2 children's musicals for Lifeline Theatre.

She is the first woman to have been nominated for 15 Joseph Jefferson Awards - winning 7 - and she has received 2 After Dark Awards and a SALT Award. Victoria is the head of Sound Design at DePaul University.

And she's produced 2 CDs of original music with her band ToyBand.