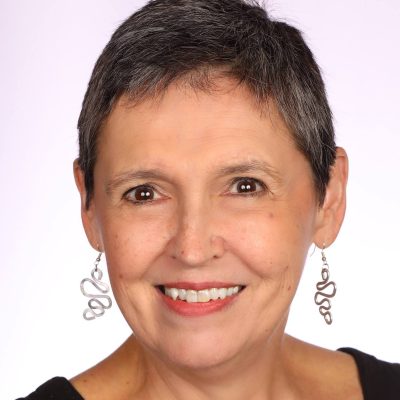 In September 1978, EUBIE!, a musical revue based on the music of Eubie Blake, one of America’s foremost Ragtime composers, opened at the Ambassador Theatre on Broadway with Vicki Carter as conductor. This critically acclaimed production was directed by Julianne Boyd. Vicki and Ms. Boyd teamed up again Off-Broadway with A…. My Name Is Alice which had a long and successful run at the Village Gate. Vicki worked with Joshua Logan on numerous projects and was musical director for the pre-Broadway production of Huck and Jim on the Mississippi, written and directed by Mr. Logan.
At Paper Mill Playhouse (New Jersey), Vicki’s musical direction and conducting credits included Guys and Dolls, Grease, My Fair Lady, Carousel, Anything Goes, Big River, Man of La Mancha, and No, No Nanette. Not only was Vicki involved with over fifty mainstage productions at PMP, but she also served as a staff member for the PMP Summer Conservatory, a rigorous five-week program designed to enhance performance skills, while instilling the technique, discipline and professionalism needed to excel in the performing arts. For the PMP Education Department, Vicki designed and taught many workshops such as “Wanna Audition for a Musical Theatre Production?” and “The Role of the Musical Director and Conductor”.
Vicki was the musical director and conductor for the Pittsburgh Civic Light Opera’s production of Carousel. On Broadway her keyboard skills have been heard in the orchestra pits of A Chorus Line, Martin Short: Fame Becomes Me, La Cage aux Folles, Me and My Girl, and The Radio City Music Hall Christmas Spectacular.
After graduation in 1971 with a Bachelor of Music Degree in Piano Performance from the University of Southern Mississippi, Vicki moved to Fort Bragg, North Carolina where she served as Music Director of the Fort Bragg Playhouse and earned awards including an official commendation for her efforts on Fort Bragg’s production of an original work, Soldiers, commemorating the Bicentennial of the U. S. Army involving over 150 cast members. For her work on The Most Happy Fella, she was awarded Best Musical Direction in the 1977 International Festival of Performing Arts.
In 2005, Vicki conducted the world-wide premiere of An American Dale: Becoming a Place for All People commissioned by the South Orange and Maplewood (New Jersey) Coalition on Race through the American Composers Forum. This work composed by Janet Albright, was performed by an orchestra of over one hundred and twenty musicians and an equal number of singers.
In 2008, Vicki was awarded an artistic residence at Casa Zia Lina under the support of the R. Robert und Lina Thyll-Durr Foundation (Switzerland) for developing solo piano programs for a series of ‘Living Room Recitals’.
An honor that Vicki is most proud of is connected to her Mississippi roots. In 2000, Vicki was one of 56 Charter Nominees for induction into the Mississippi Musicians Hall of Fame. In 2001, she was profiled in Editor James H. Brewer's Mississippi Musicians Hall of Fame: Legendary Musicians Whose Art Has Changed the World. In 2016 Vicki was inducted into the University of Southern Mississippi Alumni Hall of Fame.