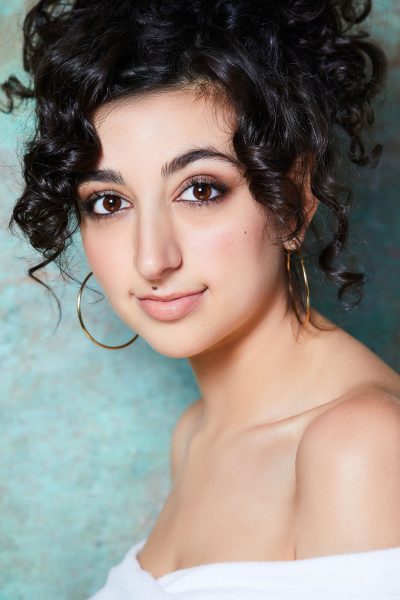 Veronica ("Ronnie") Mansour is a 23-year-old recent graduate from the University of Notre Dame. Having spent many years studying at the Pasadena Conservatory of Music and The Colburn School, Veronica has performed with artists such as Kristin Chenoweth, Todd Rundgren, Chloe Agnew, members of the cast of Hamilton as both a cellist and a vocalist, and performed for many more, including Martin Chalifour and Philip Glass. She was a selected cellist in the 2016 Piatigorsky International Cello Festival, performing at Disney Hall, and served as the principal cellist of the University of Notre Dame Symphony Orchestra for two years. She has been featured on the radio ("Sundays Live" on KUSC) and ABC's The Goldbergs. She is the founder of her own charitable organization, The Young Artists Alliance, which has raised nearly $30,000 for various children's charities.

​Veronica released her first EP, Blue Bedroom, in the fall of 2020, having written and produced the album (with the help of her brother) in her blue bedroom. While at Notre Dame, Veronica composed original songs for The Imaginary Invalid (directed by Carys Kresny) and served as the music director/arranger/pianist for the show. Veronica was the composer/lyricist for an adaption of Cyrano de Bergerac, which premiered at the University of Notre Dame in Spring of 2022. CYRANO was most recently named part of NAMT's "Other Shows You Should Know About Jukebox". Her first musical, An Old Family Recipe, premiered as a film at the University of Notre Dame in the spring of 2021 and is set to re-release in the fall of 2022. In August of 2022, Veronica composed a piece for Zoe Howard's play, Midnight Mirage, which premiered at Theatre Row as part of the Downtown Urban Arts Festival and placed third in the "Best Short Play" category. She was most recently named one of 5 nominees for a 2022 Marvin Hamlisch International Music Award in the category of Musical Theatre Composition.

Veronica is a proud member of Maestra (as well as a selected mentee in their 2022 mentorship program), BMI, the Society of Composers and Lyricists, and the Dramatist's Guild. She is currently living in New York City, pursuing an MFA in Graduate Musical Theatre Writing at NYU Tisch School of the Arts.