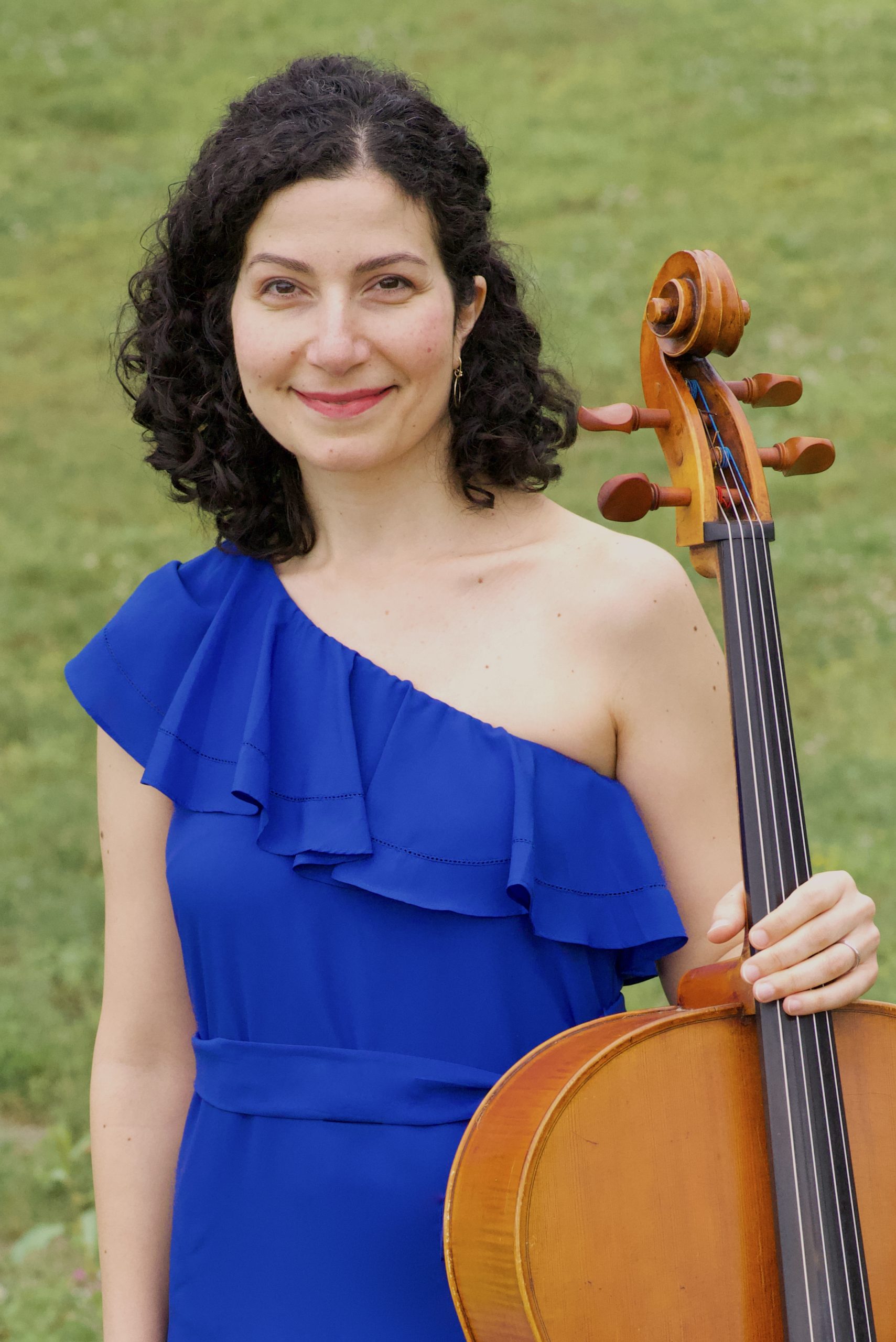 Suzanne Saba Hughes is a cellist based in New York City with performances at The Metropolitan Opera House and Koch Theater in Lincoln Center, Carnegie Hall, The United Palace Theater, Feinstein’s/54 Below, York Theatre, and Two River Theater. Suzanne has performed throughout the Northeast with various ensembles, including American Ballet Theatre, Washington Heights Chamber Orchestra, Empire Chamber Orchestra, New England Symphonic Ensemble, and has performed with musicians and dancers of the Metropolitan Opera, as well as with musicians of the New York City Ballet. Suzanne is a founding member of Corvus Ensemble, a trio that has premiered new works and presented concerts of diverse traditional and contemporary chamber music. With members of Corvus Ensemble, she has performed at the Artscape Music Festival, Teachers College Columbia University’s Academic Festival, The Maryland Science Center, The Air and Space Museum in Washington, DC, and The Howland Cultural Center. She has given performances in Europe, and performed as assistant principal of the Rome Festival Orchestra.