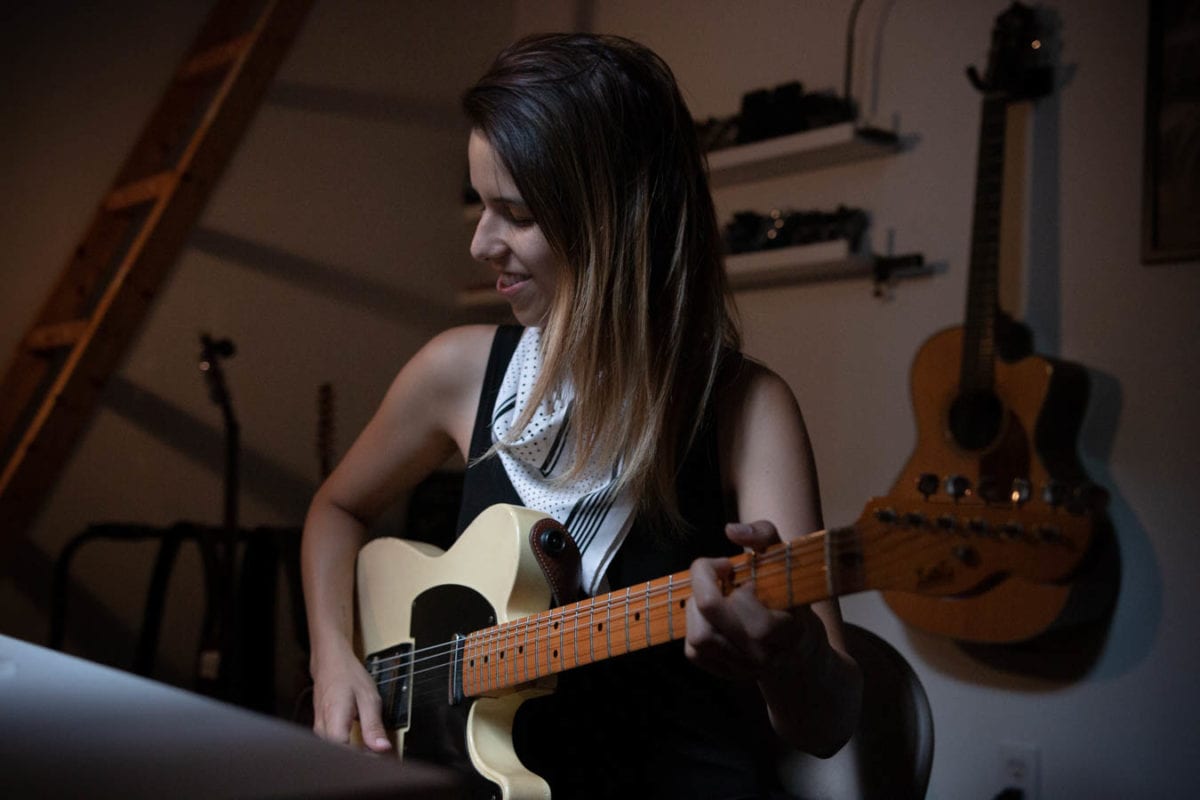 Sus Vasquez is a professional female guitarist based in NYC. Whether performing live or in the studio, she’s most known for her ability to adapt to different styles of music and settings.

She’s currently the guitarist for the top selling and Grammy winning Latina artist Karol G, where she performs in major festivals, tv and radio shows as well as important venues across Europe, US and South America.

She was the guitarist for the Anuel AA and Karol G on the Culpables Tour 2019 playing sold-out arenas and stadiums across 11 different countries in Central and South America.

In 2016, she was one of the Top 5 finalists of the Kiesel Guitar Contest.

Sus is currently featured as an LsL instruments artist and sponsored by Gibson, Dunlop, Elixir, Fractal Audio, Eventide, Analysis Plus, Vertex effects, Walrus Audio and among others.