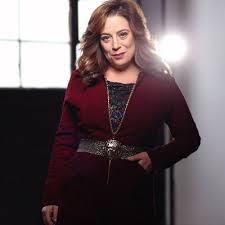 In 2004, Sheri noticed that the radio was changing the climate of Musical Theatre and created Rock The Audition, a masterclass in auditioning for Rock Musicals. The class became a hit in NYC- and Sheri immediately became the worlds preeminent popular music repertoire coach. In 2011, she was the first author to publish a book on the new relationship between popular music and Musical Theatre (Hal Leonard books). This book, Rock The Audition: How to Prepare for and Get Cast in Musicals, brought her to 71 Musical Theatre programs in the last 7 years providing students, and their teachers and coaches the skills to successfully research, prepare and perform all styles of popular music currently represented on Broadway. 3 years ago, Sheri took her book and turned it into a new interactive Online Rock Musical Theatre Training Program. This makes it possible for individual professional performers and coaches, entire Musical Theatre programs, and now TEENS -to study directly with Sheri from every corner of the world. Sheri will be self-publishing her Second Edition in 2019 with inclusive language, and currently trains Trans/Non-Binary actors for free.

Sheri is the first person to professionally arrange audition cuts which can NOW be found at www.musicnotes.com/audition.

Thank you so much for taking the time to see what I’m about!