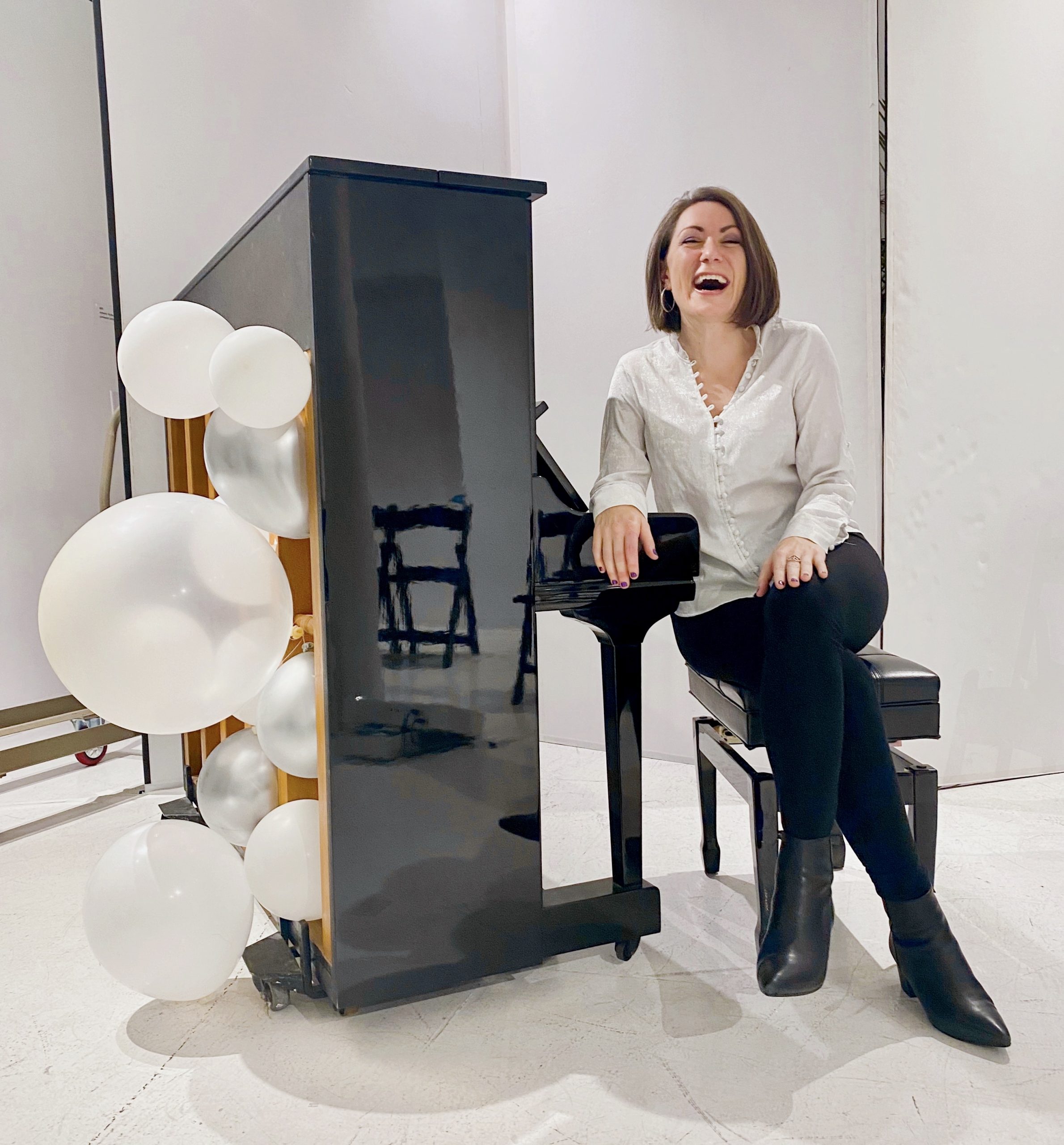 Detroit-native SARA CHIESA is routinely sought-after as a Music Director, Collaborator, and Educator. She has performed throughout North America, Europe, and Asia. In 2021, she rejoined the music faculty of Utah State University as Professor of Vocal Coaching and Collaborative Piano. Previously, she served as Professor of Music at Molloy College in New York City where she also music directed the opera ensemble. Sara has been the Resident Guest Artist Coach with l’Opéra de Montréal, Fort Worth Opera, and Detroit Opera (formerly known as Michigan Opera Theatre).

Her musical versatility is exemplified by the myriad of positions he has held as music director, conductor, vocal coach, professor, solo pianist, collaborative pianist, harpsichordist, répétiteur, Italian instructor, and orchestral musician. She is equally comfortable in the musical stylings of opera, art song, musical theatre, and cabaret.

During the tumultuous and sparse time for the arts in 2020-21, Sara maintained an active musical presence producing over 40 music videos, four full recitals, as well as several remote opera projects. She was honored to be the Pianist/Recording Engineer for the project The Black Composer Speaks, a recording of collected songs by Black composers. This project was created in partnership with Thomas Hampson of the Hampsong Foundation and Dr. Louise Toppin and Dr. Scott Piper of the University of Michigan – School of Music, Theatre, and Dance. The recording includes selections from a new publication by Drs. Toppin and Piper entitled An Anthology of African and African Diaspora Songs , and it is available through Classical Vocal Reprints.

In January 2020, Sara was the Music Director/Pianist for the first fully-staged production of Richard Strauss’ Four Last Songs with soprano Cristina Bakhoum and director Jennifer Williams. This immersive, multi-media performance came to life at The Alchemical Theatre in New York City.
In summer 2019, Sara was the Music Director and on-stage Performance Pianist at Highlands Playhouse in Highlands, North Carolina for the productions Buddy: The Buddy Holly Story, Oklahoma!, and Always… Patsy Cline.

As a vocal coach, Sara works with singers who sing at the Metropolitan Opera, Florida Grand Opera, Dallas Opera, Santa Fe Opera, and on Broadway. Her former students are currently pursuing Master of Music degrees at the Eastman School of Music; the University of Michigan School of Music, Theater, and Dance; NYU Steinhardt; and the Shenandoah Conservatory.