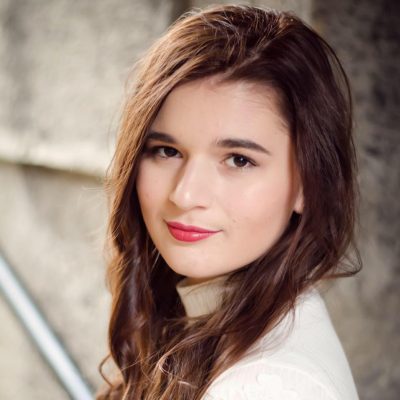 Sam Slockbower is a freelance French horn player and arts administrator located in the Tri-state area. Most recently she performed with the Grammy award winning Experiential Orchestra. Sam is also the Principal Horn of the Understaffed Chamber Orchestra and was an Apex fellow during the 2021-2022 season. For two seasons Sam served as the Principal Horn of the Mediterranean Opera Studio and Festival in Caltagirone, Sicily. Sam has also performed with groups such as Protestra and the Staten Island Philharmonic. Sam received her Bachelor of Fine Arts in Music Performance from Carnegie Mellon University where she studied with Bill Caballero. She is currently studying with Michelle Baker at Montclair State, where she is pursuing a Masters in Music.

In addition to freelancing, Sam also works as an arts administrator. She recently worked at the Brevard Music Center as an Artistic Operations Assistant for their 2022 season. Previously, she was the Education & Community Engagement Intern with the New Jersey Symphony. She is also an organizer for Protestra, an orchestra that bridges the divide between advocacy and classical music, where she volunteers on their development team.