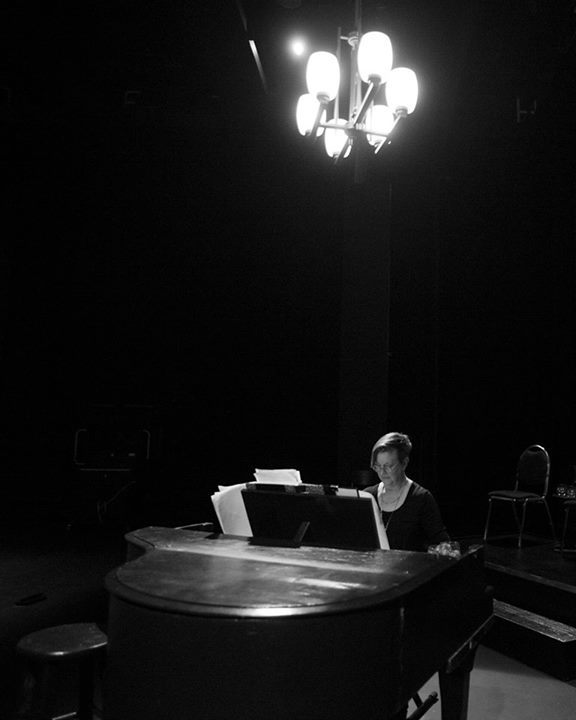 Paula Foley Tillen has been a professional musician in the Milwaukee area since 1980. She has acted as music director for hundreds of metropolitan area theatre companies from the junior high to professional levels, and has been active at Milwaukee ComedySportz since 1985. She has served as lead teacher at Pink Umbrella Theatre, Brookfield Center for the Arts, and First Stage Theatre Academy, and director of music at Southminster Presbyterian Church in Waukesha; in addition, she remains much in demand as a musical director, pianist, vocal coach, and accompanist. From 1998-2013 she was a founding member and composer-in-residence of the only professional women’s vocal ensemble in the Midwest, the Milwaukee Choral Artists.
Paula has co-written and composed for two original theatre pieces that have been produced by Milwaukee’s Windfall Theatre. Her arrangements and compositions are found in the catalogues of Treble Clef Music Press, Santa Barbara Music Publishing, Alliance Music Publications, and Hal Leonard Publishing, as well as online at sheetmusicplus.com. Her music has been performed by community, high school, university, and all-state choirs around the USA and Canada. Her compositions have been performed by in the Milwaukee area by The East Side Chamber Players, Master Singers of Milwaukee, Skylight Music Theatre’s KidsWrites and Song Book, and Kohl’s Wild Theatre at the Milwaukee County Zoo. Notable recent theatre credits include musical direction for All In Productions’ Hedwig and the Angry Inch, Milwaukee Opera Theatre’s Zie Magic Flute, and associate musical direction for The Milwaukee Repertory Theatre’s West Side Story.