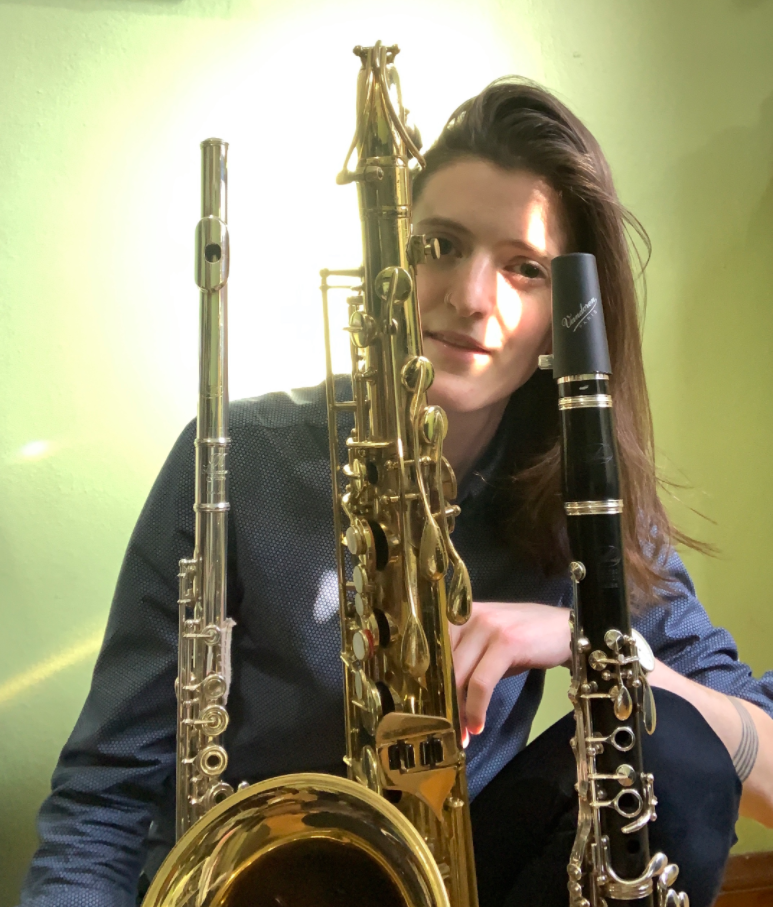 Olivia Dobbs is a multiple woodwinds player based out of Milwaukee, WI.

Olivia enjoys a multifaceted freelance career in the pit, the studio, and onstage. As a collaborative improviser, they accompany comics as a member of the house band for The Improvised Musical (T.I.M.). She premiered the flute book for the contemporary folk musical "Passing By" (featured in the Chicago and New York Musical Theatre Festivals in 2015). In addition to playing for theatrical productions, Olivia works as a session musician with bands and composers, subs in woodwind sections for regional orchestras and big bands, and maintains a small private lesson studio.

Some recent credits include playing "Crazy For You", "The Music Man", and "Ragtime" (Reed 1) with the Southeastern Summer Theatre Institute, and performing at Alpine Valley Music Theatre with Dead Horses as they opened for The Who's "Moving On! Tour" appearance.

Have shots, will travel 🙂