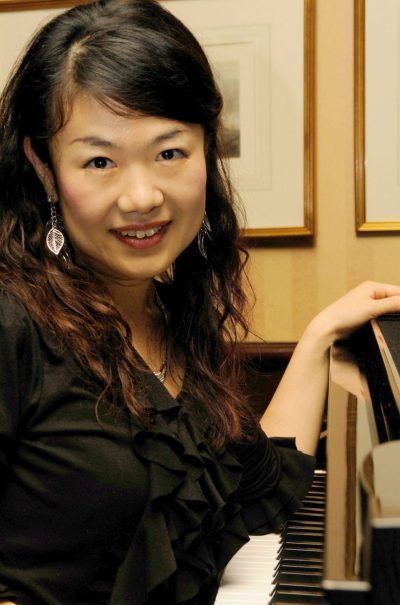 Noriko Sunamoto is a music director, conductor, composer, arranger, orchestrator and pianist from Japan. While her foundation is in Classical music, she draws inspiration from Rock, Pop, Latin, Jazz, Gospel, and R&B. She received a B.A. at Kunitachi College of Music and an M.Ed. at Tokyo Gakugei University. Upon graduation, she received the Takeoka Prize, and has won multiple electric organ and composition competitions including the Finalist Award at the Yamaha International Electone Concours 1997 Finals. She studied Jazz at Berklee College of Music, Orchestration at Mannes College The New School for Music, Film Scoring at New York University's Steinhardt School and Musical Theatre Writing at New York University's Tisch School of the Arts.

As a musical theatre composer OMOTENASHI Journey was performed at Japan Day @ Central Park in 2015 and 2016, ‘Kajiki’s Artist Show 2015 at Carnegie Hall in 2015, and at New York’s Got Talent at Off-Broadway The Elektra Theater in 2016. And the new collaboration of this musical was performed in Tokyo in 2020 to commemorate the opening ceremony of the 2020 Tokyo Olympics. The Big Box has been performed at the oldest famous amusement park Asakusa Hanayashiki in Tokyo since 2011. A Midsummer Night’s Dream was displayed at the faerie festival at Megami Lake in Nagano prefecture in 2013. Souseki Natsume Musical (the 150th anniversary of one of the best novelists in modern Japanese history, Souseki Natsume's birth) was performed in Tokyo in 2017. The Journey of the True Colors was performed at Tokyo Rainbow Pride 2018. As a CM composer she composed for Nunc, Dole Japan Ltd. and Barco. She produced her composition projects, ONE WORLD and ONE WORLD Christmas 2020 during the pandemic in 2020. Her latest composition for wind orchestra, Bloom With Grace that premiered in Tokyo was performed by Kunimoto Girls' Wind Orchestra in 2021. Her composition for MIDNIGHT JELLYFISH was broadcast on Tokyo MX1 in 2021-2022.

As a music teacher she worked for public and private junior high schools, high schools, technical schools and people with disabilities for more than 20 years in Tokyo. As a teaching artist in 2019 she began working for the NYU Tisch and the Harlem School of the Arts. As a ballet pianist she plays at renowned ballet schools such as Gibney Dance Center. She serves as Music Director/Cantor/Organist of St. Martin of Tours Roman Catholic Church in Bronx.