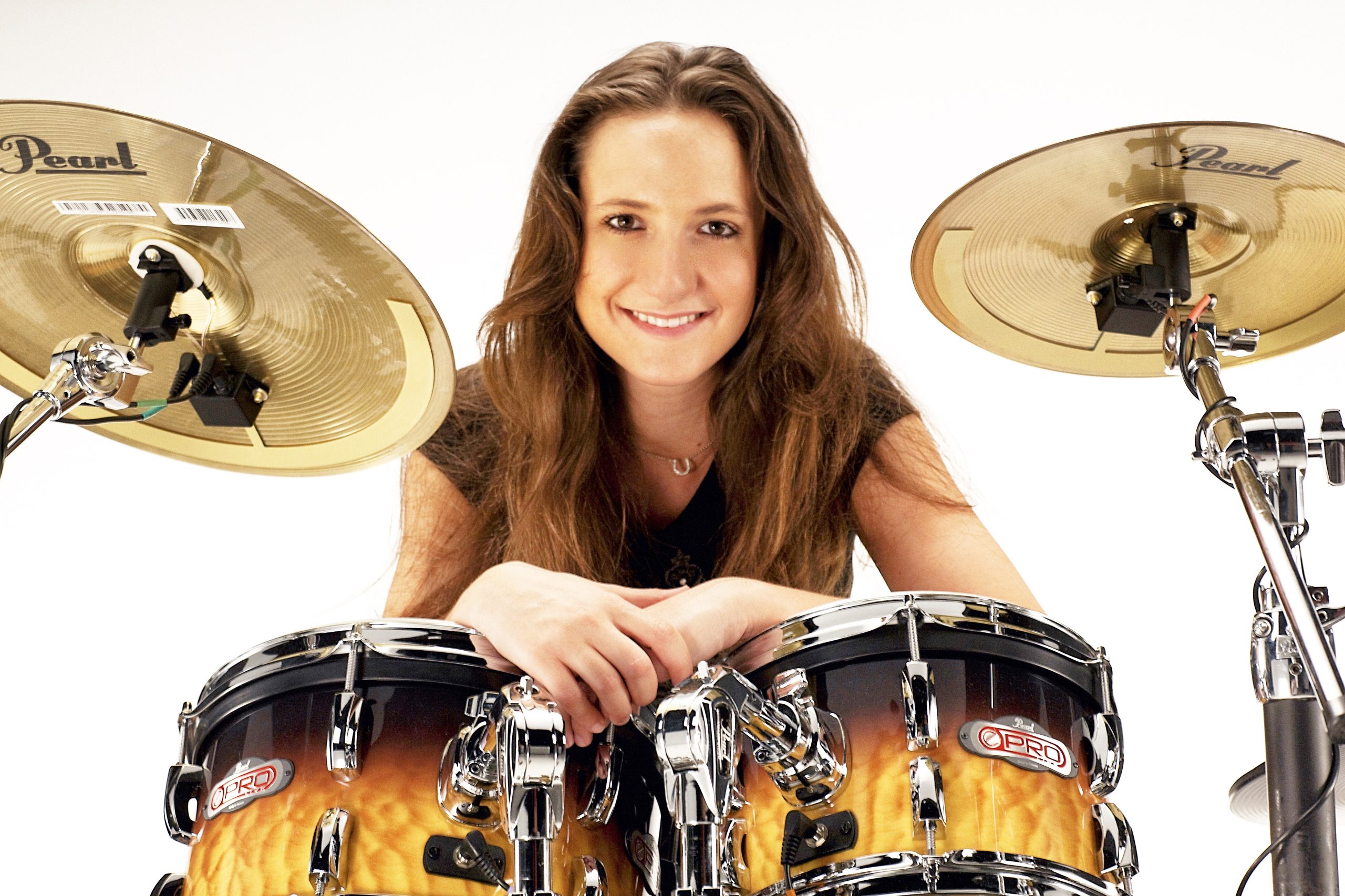 Nicole lives and breathes music. She was born in South Florida where she was singing before she could talk and began piano lessons at age 6. By age 10, it was time to join the school band and Nicole chose the drums. She was a natural and drumming quickly became her focus. Nicole received a scholarship to the University of Miami Frost School of Music and graduated with honors with a Bachelor of Music degree in Studio Music and Jazz Drum set Performance.
After college, Nicole moved to New York City where she was the drummer in the original Off-Broadway production of "Dear Edwina." The following year brought her to Los Angeles where she played drums, guitar, keyboards and percussion in the onscreen band of Season 1 of FOX's "Glee." She's also performed on "Oprah," "The Closer," "Bones," "Ultimate Cake Off," "One Mississippi," "Best Cover Ever, "Grey's Anatomy" and "Mickey's 90th Spectacular" on ABC.
Music has taken Nicole around the world, most notably playing drums in the first International Tour of the musical, HAIR. Nicole is also a passionate singer/songwriter & producer. She wrote the music and lyrics, sang and played all the instruments on her EP which reached #4 on the iTunes Singer/Songwriter EPs and Singles chart and #2 on the Amazon Hot New Releases.  She composed music for the Hollywood Fringe Festival Show, "The Load In" and the web series, "Words with Girls." Recent favorite credits include playing drums with Lily Meola on the mainstage at BottleRock 2021 and touring in 2022, playing drums for 2 Broadway show workshops, being the sub drummer for NBC’s “Grease Live” and “Hairspray Live,” playing drums for the West Coast premiere of Max Vernon's "The View Upstairs," playing congas behind Keith Urban on YouTube's new original series, "Best Cover Ever" and a very special performance on Mickey's 90th Spectacular on ABC. Nicole is bicoastal and performs and records with an array of artists, bands and musical projects. She proudly endorses Pearl Drums, Sabian Cymbals, Remo Drumheads and Humes and Berg Instrument Cases.