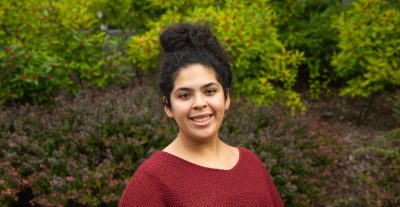 Born in Anaheim Hills, California and raised in Sweetwater, Texas, Natalie has been studying piano since the age of six. She wasn’t born into a classically trained family as she was the first generation to take lessons. Her grandmother and great-grandfather sung in the church choir. This was her earliest memory of music within her childhood. Initially, she was introduced to sports – softball to be exact. However, she quickly realized that she had a stronger niche for the arts once piano was introduced to her.
She jumped leaps and bounds and quickly began competing in piano performance competitions. Her first achievement was being award the Early Bach award from the National Guild of Piano Teachers, memorizing a larger number of pieces than years she had then lived. In the sixth grade, she entered her first solo piano contest. She didn’t place, only making honorable mention. Something clicked inside her, helping her realize that if she loved piano as much as she proclaimed, she’d need to stand out. She would need to rise above those who were winning medals only to pursue math or medicine and students who didn’t enjoy piano, only enrolled because of their parents’ say-so. She made a promise to herself not to come in first place, but to consider piano more than just a fun game. This was now her child, her product, her mission. From this point on, she won first place in solo contests from the rest of her middle school career through high school graduation.
Enrolled at Hardin-Simmons University (HSU) for a Bachelor of Music in Piano Performance, Natalie was the first-place winner of the Clara Freshour Nelson Music Scholarship, Ruth Skiles Memorial Scholarship, and the Kelly Nichole Scholarship. Here, she utilized her time working side jobs playing piano for churches on Sundays and holidays, performing at weddings, funerals, and school/university graduations. By sophomore year, Natalie began accompanying HSU instrumental students for their juries and recitals. She accompanied musical theater and choir productions later in her junior year. She also taught piano lessons to private students, both children and adults.
In her junior year, the opportunity arose for Natalie to work as a student accompanist for Hardin-Simmons University. Although this came out of unfortunate circumstances, it was truly a blessing in disguise for her. This moment rerouted and redefined her future for herself. Surprisingly, she was the only student to accept this position. Being the only student accompanist with few staff accompanists remaining after the unfortunate circumstance, she was quick to learn to “swim” when semesters neared the end and students needed partners for performances. Since this opportunity, Natalie has collaborated with musical theatre, student recitals, choirs, concert band, jazz band, and the operetta “The Merry Widow” by Franz Lehár.
Now attending University of North Carolina School of the Arts to obtain her M.M in Collaborative Piano, Natalie is excited to see what new doors open for her. She admits, this was a very big door for her that opened as she didn’t believe she was talented enough. There was only a mustard seed of belief inside her. She now believes this was enough to open doors she didn’t think was possible. Although her attitude and grit carried her farther than her sixth grade self could imagine, she wasn’t done surprising herself. Natalie is truly humble for her life story – trials and tribulations, blessings and kind people. She knows she is no where near done with her learning, with her growth. She hopes when she reaches that “true professionalism” she once dreamt about, she’ll never stop learning, growing, and being thankful.