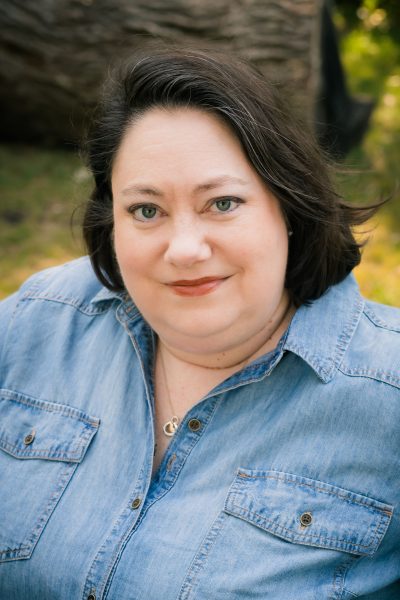 A native Oklahoman, Mindy Cox received her Bachelor of Music degree in Vocal Performance from Oklahoma City University. She has performed in numerous roles in musicals and operas across the country. Mindy has appeared with the Oklahoma City Philharmonic, and was a featured singer and dancer at Busch Gardens in Williamsburg, Virginia, where she also served as Vocal Captain.  Mindy was the invited community guest artist to play Marian in The Music Man at IPFW Department of Theater’s Summer Classics, and has also appeared with the Fort Wayne Philharmonic and IPFW as Laurey in Oklahoma! at the Embassy.  At the Fort Wayne Civic, she has received Anthony Awards for her performances as Maria in The Sound of Music, Sister Mary Amnesia in Nunsense, and Polly Baker in Crazy For You. She has taught a Musical Theatre Performance class at PFW, and served as the Music Director and conductor for their musicals for a decade. She has also been the featured soloist with the Fort Wayne Philharmonic for their Holiday Pops community concerts.

Mindy's students have been seen in leading roles and as winners many performing arenas and competitions, including national tours, the Barn Theatre of Michigan, the Miss Indiana pageant system, the Fort Wayne Civic Theatre, Indiana State NATS auditions, and the William Schmidt vocal competition. She has former students who have gone on to pursue degrees in music at Indiana University Jacobs School of Music, Elon, AMDA-New York, Anderson University, Wright State University, DePauw University, Ball State University, and Oklahoma City University, among others. Mindy is a member of the National Association of Teachers of Singing, and was honored with their Independent Teacher Award for the Great Lakes Region in 2018. She is also the co-founder and resident Music Director for Summit City Music Theatre.