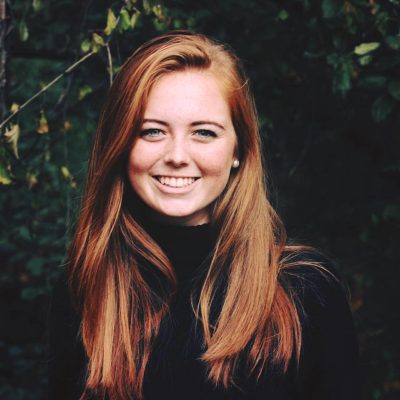 Maddie Stephenson (b. 1999) is currently pursuing her Master’s in Music Theory and Composition - Screen Scoring at New York University (Steinhardt ’23). She has studied under Mandy Hoffman, Paul Chihara, Dr. John Wallace, Dr. Richard Cornell, and, while studying abroad at the Royal College of Music in London, Dr. Haris Kittos. Since beginning her career as a composer in 2017, she has written a multitude of solo and chamber works. In February of 2019, she attended Berklee’s ALEA III festival in Athens, Greece, where she met the esteemed Greek guitar duo, Alexandria Christodimou and Yannis Petridis. They subsequently performed her work for two guitars, “Impressions,” on April 29, 2020. More recently, Maddie was commissioned to write a chamber work, “Cycles,” for Washburn University in Topeka, Kansas (May 2022 premiere). In December 2020, she was commissioned by Lake Forest Academy (IL) to write fifteen original songs for a brand new musical, “City of the Seven Gates,” which premiered in the Spring of 2021.

At New York University, Maddie has scored multiple student films, including two half-hour documentaries, a short film, and an animated short, all of which premiered in May 2022. She enjoys writing screen, concert, and theater music, and looks forward to completing her Master’s degree in 2023.