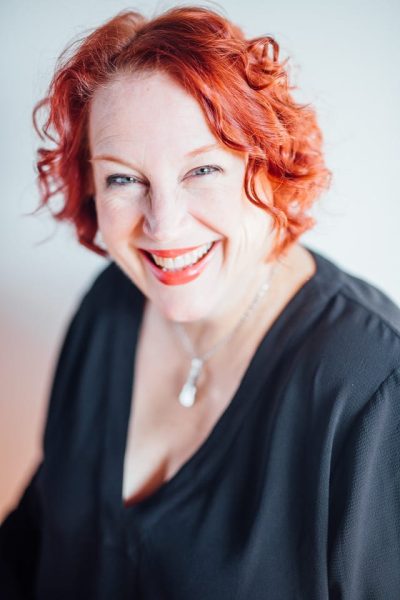 A graduate of Luther College (B.A. Music/Theatre) and Western Michigan University (M.M. Vocal Performance) Lynne Rothrock is a vocalist/entertainer and arts educator. She has performed as a solo artist at a variety of venues around the United States, including Birdland (NYC), The Bluebird Café (Nashville), Davenports Cabaret (Chicago), The Dakota and Crooners (Minneapolis), Crown & Anchor (Cape Cod, MA). She has also worked for a variety of theatre companies around the country as actress and/or musical director. Lynne was one of 30 vocalists selected to attend the prestigious International Cabaret Conference at Yale University and works with Michael Feinstein at the Great American Songbook Foundation.
She has served on the voice faculty of Western Michigan University, Roosevelt University’s Chicago College of the Performing Arts, St. Ambrose University, Coe College and Luther College. Lynne has been a clinician at the Manhattan Vocal Jazz Festival at Lincoln Center, Brightleaf Music Workshop and has adjudicated for Heritage Music Festivals for 25 years – coaching choral ensembles in every major US city. Lynne has led song performance masterclasses for arts organizations, universities and the Kennedy Center American College Theatre Festival Conference. She has released three CDs – “This Is Me”, “Christmas”, and “I Love Being Here” which she recorded with her late husband Ron DeWitte, a Blues and Rock & Roll Hall of Fame guitarist. The pair enjoyed a career performing together both at home and around the world as headline entertainers on cruise ships.