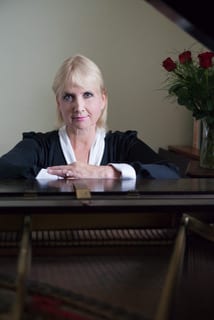 Emmy Award winning composer Lolita Ritmanis is a vibrant member of the international film music community. Her passion for collaborating with visionary voices has filled her resume with a wide variety of projects including: music for television, musical theatre, independent film, video games, documentaries, and the concert stage. Her music has been performed throughout the world, and also in America at prestigious venues such as The Kennedy Center and Carnegie Hall. Lolita is a founding member of Dynamic Music Partners and one of the founders of the Alliance for Women Film Composers.