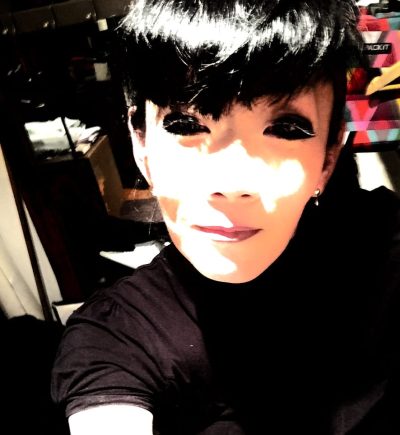 short version? here goes!
i'm a 49 yr old pro musician based out of edmonton, AB canada . a classical violinist, jazz pianist, composer, arranger and orchestrator. i've devoted about 30 yrs to specializing in musical theatre so i program and as such, MD'd 90 book musicals, cabarets and the like with all demographics, anateur or pro, earned respect in the pit when under my lead - i have yet to shed conducting from the podium or be a repititateur for the edmonton opera. my 26 yr old son has a genius jazz pianist (one of the best in canada) and me as his mother but truth be told, i hustled gigs for the first 20 yrs...i've led an 80s girl band "godiva" in the 90s, played with cyndi lauper, played in alot of band projects like 'tower of power', maceo parker etc. i was shortlisted to be an electronic aerial violinist in 2011 for cirque du soleil...i another fella was chosen but playing or composing for cirque is one of the goals i hope to reach in my lifetime. we'll see. i've ghost-written for television which is by far, the most fun i've ever had on a gig. i really dig every kind of music and can discuss buttons (of a song or segue for hrs...to playing or analyzing the great songwriters, gilbert and sullivan, cy coleman, johnny cash, dolly parton, bernstein, seiji ozawa, john williams, morricone and quincy jones. and arrangers like vince mendoza, bucchino's arranger (forgot his name michael...?) i studied the classical vln to being a concertmaster for 12 yrs, "groomed" to be a concert vlinst i guess - but some 11 yr old dude at music camp was playing "birdland" and i was smitten. my son jordan is attending and kicking ass at the vancouver film school...and they've unanimously decided he is meant to be a composer. a non-reading one. my story is pretty boring actually...and so i have a fed govt day gig which i dig too. thank you for this website long overdue! i'll bet there are hundreds of female "maestras" but we are so busy with chasing the balance, avoiding poverty, averting wealthy family and friends' criticism that continues on and on. today, may 19/19 i'm a little pissed that i do not have a show booked. "mamma mia" 2018 was interesting because we had 4 keys bks and 2 players - i was the one to note the trouble ahead and while no one else really cared, was very fortunate to work closely with no sleep, the formidable ethan deppe! his programming is awesome and so was his kindness and it felt so good that he recognized and reciprocated "panic" about the missing players ($$$) because it meant re-scoring, arrng, creating new libraries because ABBA is so multi-tracked...brothers (eye roll) i really appreciate this website in so many ways. but THANK YOU. i have questions! many questions!!!