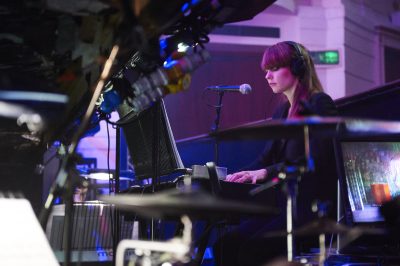 Lindsey is a freelance Musical Director (MD), Award-Winning Composer, Arranger and Vocal Coach from Glasgow, Scotland. She attended the University of St Andrews and the Royal Conservatoire of Scotland.

Lindsey has just finished working as Musical Director for the Royal Shakespeare Company's 2019-2020 season. For her debut season, she worked as MD on The Taming of The Shrew (dir. Justin Audibert), As You Like It (dir. Kimberly Sykes) and Measure for Measure (dir. Gregory Doran). She is also deputy MD/Joan for the UK Tour and West End productions of SIX The Musical. She recently composed the score for the online play "Dance" which was listed as part of BBC's Culture in Quarantine. It can be viewed at www.dancetheplay.co.uk

Other work: Lindsey also works as a keyboard programmer.