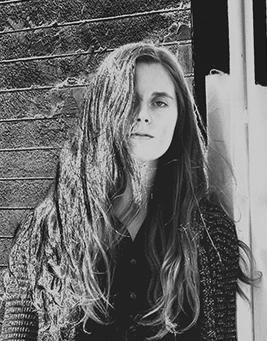 Lily Desmond is a story-telling musician and composer. Hailing from Los Angeles, she began writing music when she was thirteen and graduated high school with a martial arts concept album under her belt called Key - each song was based on techniques from Aikido, which she studied for 4 years.

During her undergrad studies at Sarah Lawrence she earned the Presser Music Scholarship (2015) and learned as much as she could to support her storytelling. She studied anthropology, writing and sociology while playing in orchestras, pit bands, and leading bands ranging from noise-core to folk. She developed her live loop pedal performance style as well as her new music and programatic compositions.

Since graduating in 2016 and moving to Brooklyn, Desmond continued to diversify. In the theater-adjacent world, she became a founding member of the all-women artists group The Daughter’s Collective (2016-2019, on hiatus) and with Ellen Winter in her personal projects as well as doing session work for Winter and Chris Littler's musical podcast 36 Questions, starring Johnathan Groff and Jessie Shelton. She continues to do session and pit-ensemble work. In the DIY music world, she tours locally and nationally with artists like Sloppy Jane and Brian Falduto, does session work as a violinist and violist for everything from folk operas to noise albums, and composes and performs with experimental shows with various dancers and dance collectives.
She began to build a solo career with an EP in 2018 "Growing Flowers," and an album of only loop pedal violin and vocal compositions in 2019 "Desert". She has performed her works solo and with her band Lily And The Goddamns at venues all over Manhattan, Brooklyn and Queens, as well as at a benefit concert in Los Angeles.

In 2020 she performed in multiple real-life and, during quarantine, online shows, including Apartment Sessions and The Transient Stage. She was accepted into zFestival, a summer festival for New Music conducted entirely online. She composed for one ensemble, performed in four more, and audio engineered for another. She continues to collaborate with musicians such as Maria Caputo on production and live performance projects.