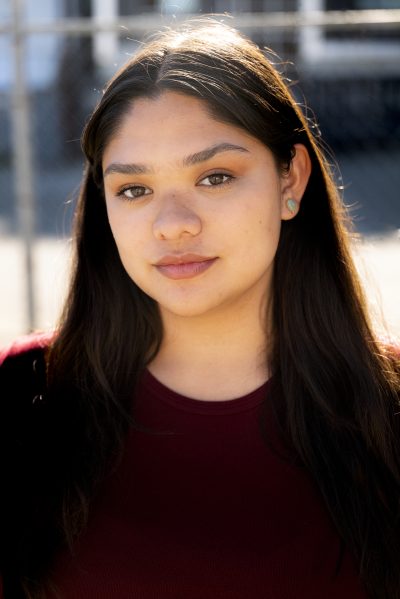 Leilani Patao is a musical theatre performer, singer-songwriter, and performance artist. They are currently a freshman at New York University’s Tisch Drama School in the New Studio on Broadway. As a songwriter, Leilani has won Honorable Mention for the Singer-Songwriter category with the YoungArts Foundation in 2021 and 2022, and won the National Endowment for the Arts’ Musical Theatre Songwriting Challenge in 2020. Her most recent album, The Lovers Reversed, is now streaming on all platforms. Leilani works as a composer and music director for her works, having finished Punk Rock: the Play (dir. JJ Moore and Lulu Royce) with an original score in April 2022, and The LACHSA Future Artists Gala, as Assistant Music Director, Arranger and Performer for the opening number "I Got a Feeling". Previously, at her former high school, the Los Angele County High School for the Arts, she was in the Vocal Music department, and was a part of the Musical Theatre Productions. Her most notable roles at LACHSA were Judas in Jesus Christ Superstar, and Marcy Park in the 25th Annual Putnam County Spelling Bee. Leilani recently starred in “Louder Than Words: Highschool Edition” for Netflix’s Tick Tick Boom with LACHSA, directed by Benji Tucker and Vivian Wolfson.
As well, in May 2022, Leilani appeared in Hamlet, as Laertes, also directed by Benji Tucker and Vivian Wolfson. Leilani is the Outreach Coordinator with Love Through Music, a 501©3 non-profit charity based in Los Angeles, where she volunteers her music and time to raise money with them. In her spare time, Leilani dances hula, plays the ukulele, and walks her dog, Daisy.