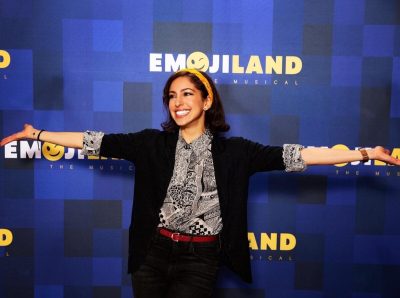 Laura Schein is the co-creator and star of the acclaimed new musical Emojiland (New York Times Critics Pick; Richard Rodgers Award Finalist; Drama Desk, Lucille Lortel, Outer Critics Circle, Off-Broadway Alliance Nominee), which opened January 2020 off-Broadway at The Duke On 42nd St. She was on the music team for the animated feature UglyDolls, and co-wrote the Kelly Clarkson/Janelle Monae duet “Unbreakable,” which was shortlisted for the 2020 Academy Awards. She was a lyricist for the Netflix musical series Westside, and is currently in pre-production as a lyricist on the musical series Marriage Material for Jeffrey Katzenberg at Quibi.

Laura has guest starred in several shows on Showtime, ABC, CBS, Amazon and SyFy, and was a series regular on YouTube Originals' comedy series Sing It! She co-created an improvised series for Funny Or Die, for which she received an LA WebFest "Outstanding Lead Actress" nomination. Additionally, Laura played significant roles in multiple award-winning indie films, and has performed at world-renowned theaters such as Center Theatre Group, Geffen Theater, and The Goodman Theater in Chicago. She’s also toured symphony halls around the country singing and dancing with Jason Alexander in his show An Evening With Jason Alexander. She got her Actor’s Equity card at 13 playing Little Girl in the first national tour of Frank Galati’s Ragtime. A Chicago native, Laura is a graduate of Northwestern University.