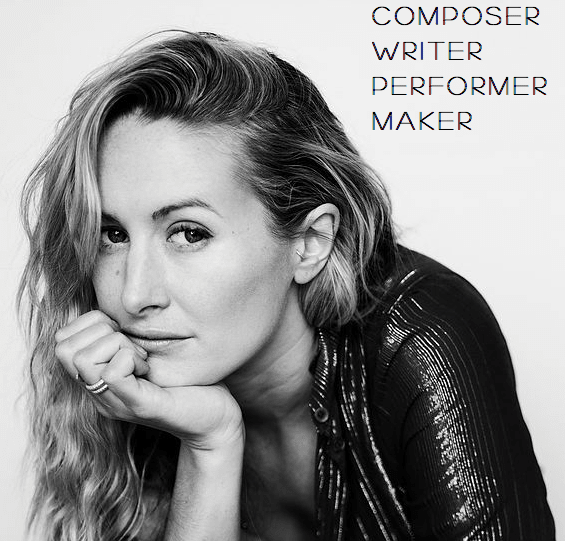 Helen Mumby at The Soho Agency

Born and raised in London, while still at school, Kate sung with choirs such as the Bach Choir and the National Youth Choir of Great Britain. Also a singer-songwriter and multi-instrumentalist, she went on to gain a BMus in Music with a Composition major at KING'S COLLEGE LONDON, under the tuition of contemporary classical composers Robert Keeley and Silvina Milstein. She then trained in musical theatre at the ROYAL ACADEMY OF MUSIC, where she was recently made Associate (ARAM) for her work in music.
​
Kate was the 2018-19 Cameron Mackintosh Resident Composer at LYRIC, HAMMERSMITH.
She was recently composer for ABANDON (Lyric), for which she was nominated for a Best Composer Stage Debut Award.
​
Her physical theatre/musical theatre project I CANNOT MAKE NOISE WHEN I SCREAM (book, music & lyrics, co-music producer), was recently funded & supported by Lyric Hammersmith, Mercury Musical Developments & Musical Theatre Network, in collaboration with LUKE BROWN DANCE.
​
Her songs were recently featured in international project HEAR HER SONG for The Canales Project, UN Decade of Women & The Malala Fund, with verbatim text by Queen Mother Dr. Delois Blakely, and RARE BIRDS: THE VOICES OF HOLLOWAY PRISON (Soho Theatre), with text by poet Natalie Scott.

Kate's main collaboration is with ALEX YOUNG - together they write Book, Music and Lyrics as KATE AND ALEX COMPOSE.

F**KED IN MARRAKECH - current musical project, first presented on the main stage at BEAM festival, Theatre Royal Stratford East and is in development.
​
HERE - this musical won the 2015 S & S Award, in conjunction with Curve, Leicester and Mercury Musical Developments, and was first performed at the University of Cumbria.
​
COMPOSIUM - They were finalists in Wild Plum Art’s COMPOSIUM, a classical song competition in association with PRS for Music and Cheltenham Music Festival.