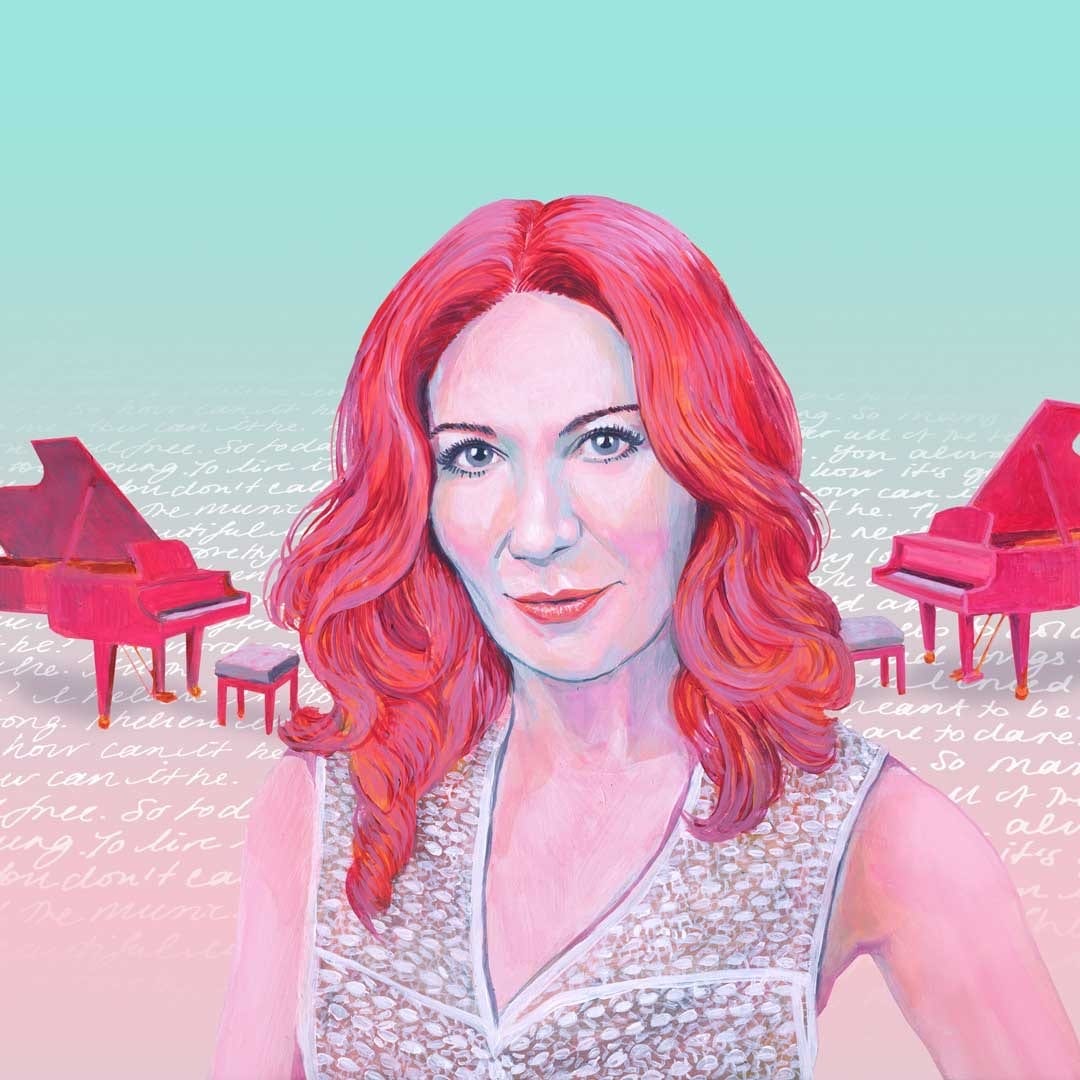 Karen Bishko worked as a portrait painter until 2005. Around this time Graham Gouldman of the British Band, 10cc heard some songs she had written and played them to Gary Kemp of Spandau Ballet. Encouraged by them to pursue music full time, Karen stopped painting.

Karen, recorded an album Singles for Singles, and as well as working with Kemp and Bailey she worked with producers such as Yoad Nevo (Sia, Golfrapp), Steven Lironi (Jon Bon Jovi, Hanson) and Charlie Russell (Jamiroquai, Robbie Williams). In 2007 Karen opened for Take That on their Beautiful World tour performing at London’s 18,000 capacity O2 Arena and Manchester MEN Arena. Her manager Paul Burger, ex-President of Sony Records Europe, encouraged her to turn her storytelling and theatrical songs into a musical, which she did.

In 2010 the show “Therapy Rocks” was performed Off Broadway as part of the New York Musical Theatre Festival (NYMF) and was sold out and subsequently extended. Theatre reviewer Oscar E. Moore noted “What a great score. Possibly some songs that could make it from the show and onto the charts. Character driven, atmospheric and rousing every song serves the show’s intentions, leading up to the incredible finale, “Gonna Be”.
The show has since been renamed Single. A concert of songs from the show was performed by Broadway Stars in June 2014 at 54 Below in New York.

Single was again chosen to be performed at The New York Musical Festival in August 2016 where it received standing ovations and fabulous reviews.
Theatre Pizzazz “The show is quick, hilarious, and affecting. Single is a riot with a heart of gold”
Theatremania chose the Finale song “Gonna Be” as one of their “5 Songs from New Musicals You Should Hear Right Now”
Times Square Chronicles noted “The book is witty and smart, with men laughing more than women. The lyrics, mature, quirky and poetic”

A musical TV version of the stage play, is under development with Director Tom Vaughan (Victoria, Doctor Foster, What Happens in Vegas) attached. The show features the book Calling in “the One” to which Karen has the rights.

Karen wrote ten songs for the musical Shadows, under the direction of twice Tony nominated, Joey McKneely. The show recently completed a 16 show run at the Connelly Theatre in Manhattan’s East Village and was subsequently nominated for Outstanding Original Music by the New York Innovative Theatre Awards.
Max Berry of Onstage Blog wrote “The songs were wonderfully written and packed quite the punch. Going from the energetic and hopeful “Dream Date” to the scared and regret-filled “Grand Design” which broke my heart in the best way possible”.

Karen is also Associate Producer for Greenleaf Productions. Their productions include Matilda, Book of Mormon, The Inheritance and SIX.