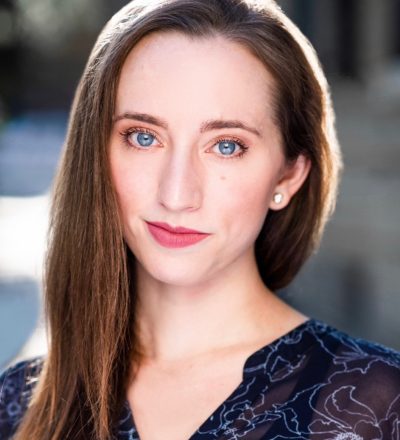 Julia Hoffmann is an NYC-based actor, violinist, singer and yogi. She has her BFA in Acting from Shenandoah Conservatory and is a proud National Theater Institute and Moscow Art Theater alumna. Recently, Julia studied in NYC at the Anthony Meindl Studio, The Pit and with award-winning director, Joe Whelski. She currently studies voice with Tyler Knauf.

​Julia has been featured on the national tours of Once the Musical (U/S Girl, Réza, Ex-Girlfriend), Rockin' Road to Dublin (Female Fiddler), Cirque Musica: Holiday Wishes (Flying Violinist) and Christmas in Killarney (Fiddler).

She has also recently Co-Starred on the new Apple TV series, Dickinson as "The Fiddler".

Aside from acting and playing music, Julia is a certified Yoga Teacher and professional Video Editor. She currently teaches at Phat Buddha Wear (PBX) in NYC. Her passion is teaching yoga and meditation to artists struggling with anxiety and depression stemming from the industry through her new workshop, CompassionART. Her work as a Video Editor has been featured on BroadwayWorld.com and other similar platforms.

Julia is excited about diving into more of the creative side of things! She has been involved in casting and contracting many projects in NYC and NJ and in March 2023, she will be music directing Once the Musical at Laguna Playhouse. She is also currently writing a musical review which she hope will premiere before the end of the year.