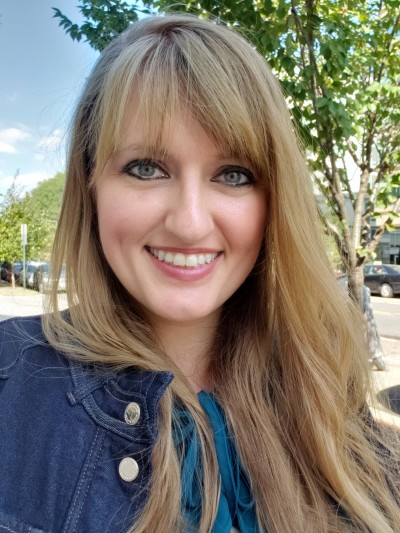 Joanna Huling is a versatile and dynamic percussionist and drummer in the Washington D.C./Baltimore region. As a pit musician, she recently played percussion in Arena Stage (DC) productions of Disney's Newsies and Anything Goes, and has performed numerous shows throughout the region on both percussion and drums.

Joanna has performed in televised productions on PBS A Capitol Fourth, backing Keala Settle ("This is Me" from The Greatest Showman) and Lauren Alaina, ("Road Less Traveled"). She has also appeared with acclaimed artists such as GRAMMY Nominee Jenny Oaks Baker, as well as Latin GRAMMY Winner and highly acclaimed children's musician Mister G

As an orchestral/concert percussionist and timpanist, Joanna has performed with the Maryland Symphony, Annapolis Symphony, Washington Opera Sociaty, Annapolis Opera, Mid-Atlantic Symphony, Richmond Symphony, Apollo Orchestra, Post-Classical Ensemble, Maryland Symphony, and Brass of the Potomac among many others. From 2006 to 2011 she held the position of Principal Timpanist of the Washington Metropolitan Philharmonic. Classical recording credits include recordings with Brass of the Potomac, Washington National Cathedral Choir, American Boychoir, Peabody Wind Ensemble, and the Peabody Percussion Ensemble.

Joanna is a founding member of EnviroDrum - Maryland, a franchise of the hugely successful original Enviro Drum show featuring performance on "found percussion" such as household items, with a high level of audience engagement.

Ms. Huling is a graduate of the Peabody Conservatory (Peabody Institute of the Johns Hopkins University) with a Bachelor of Music in Percussion Performance.

Musical Theater - Other
Percussion: Crazy for You, Into the Woods, Man of La Mancha, 1776, Ragtime, My Fair Lady, Secret Garden, West Side Story