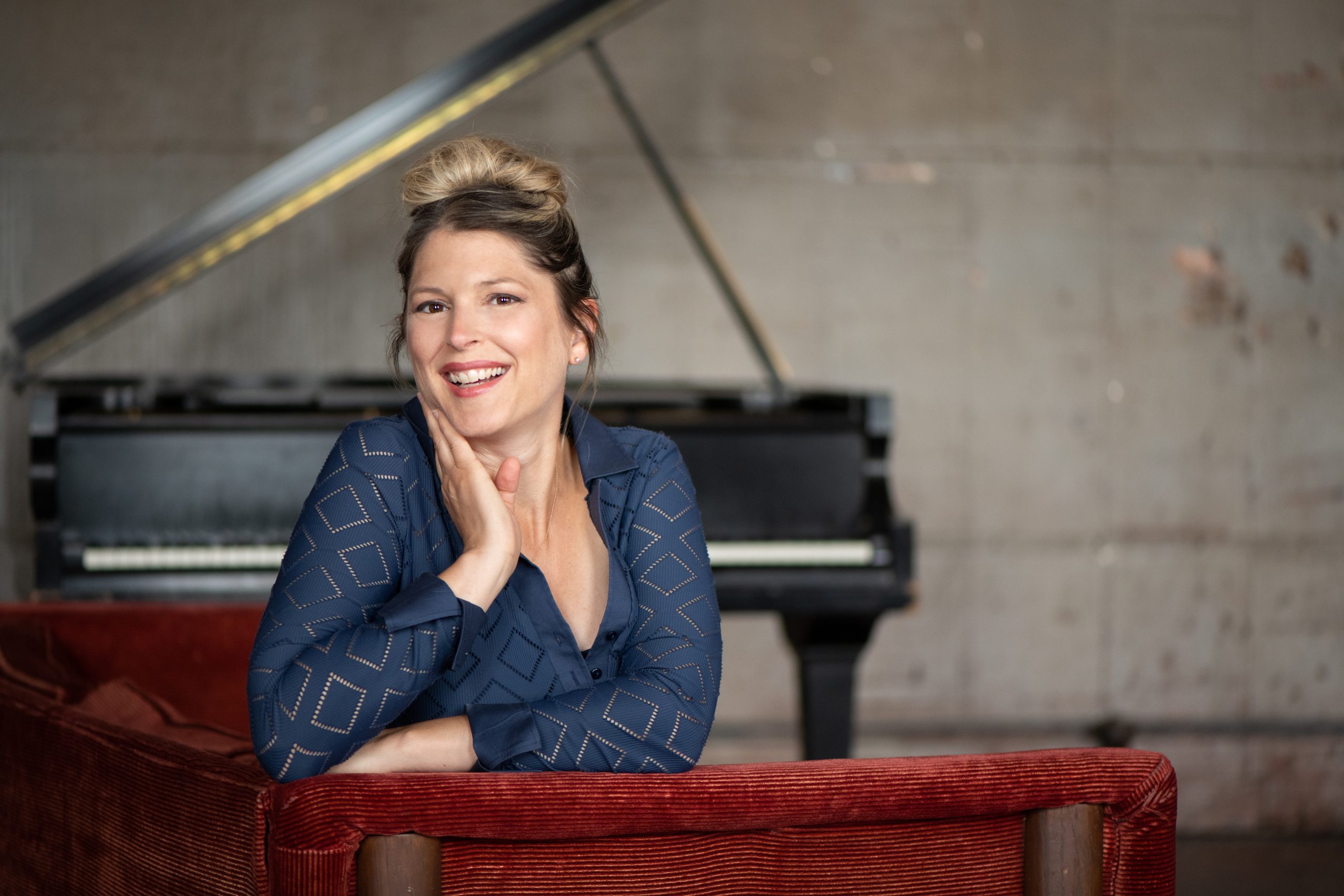 Her work with jazz multi-reedist Victor Goines has included performing in beautiful spaces such as Dizzy’s Club and Smoke in NYC, Satchmo Fest in New Orleans, Jazz at Lincoln Center Shanghai, and Havana Jazz Festival in Cuba. As a solo artist, her most recent jazz trio album Bring Joy earned a 4-star review from Downbeat Magazine (January 2017) and was listed as one of their “Best Albums of 2017.” Plans are in the works for more recording in early 2023.

Her work as a music director and keyboardist has led to conducting and playing with touring Broadway productions (SIX, Jersey Boys, Motown the Musical and more); arranging, directing, and performing concert specials for PBS with Under the Streetlamp; playing productions with Lyric Opera of Chicago (Jesus Christ Superstar, West Side Story); music-supervising and playing on the orchestral soundtrack of the wildlife documentary To The Ends of the Earth; and music-directing and playing on tour with An Unforgettable Nat King Cole Christmas.

She has led or collaborated on clinics with a focus on jazz and making a life as a professional musician at institutions such as Northwestern University, Florida State, Capital University, Truman State, University of Kansas, and Purdue University Fort Wayne, as well as numerous high schools and colleges in the Chicago area, and in Havana, Cuba. Past adventures include performing with the USO of Illinois, teaching jazz piano at Chicago’s Roosevelt University, leading her own group at the Chicago Jazz Festival twice, and jamming with amazing musicians in Madagascar. Based in Chicago, she loves to bring joy to people through music.