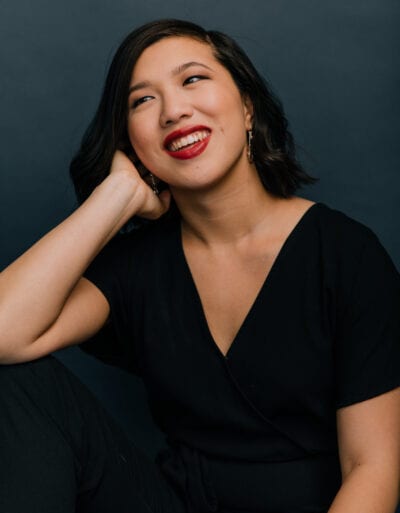 Jessie is an NYC based Music Director, Accompanist, and Copyist.

Most recently (and surprisingly), Jessie was Music Associate on the viral TikTok phenomenon, RATATOUILLE: THE TIKTOK MUSICAL. As for in-person shows, she served as Music Assistant on SOFT POWER at The Public Theater. She completed Encores! Off-Center's first Music Direction Apprenticeship in 2019. During her time with Encores! Off-Center, she had the opportunity to serve as a rehearsal pianist for WORKING: A MUSICAL and ROAD SHOW. Other credits include serving as copyist and transcriber for various shows and projects in development.

She is a proud College Light Opera Company (CLOC) alum, where she served as a Staff Accompanist for their 2017 & 2018 summer seasons, playing a total of 18 shows. Selected credits include: SWEENEY TODD, WONDERFUL TOWN, GRAND HOTEL, and PIRATES OF PENZANCE.

Jessie is a graduate of Boston University where she received a Bachelor of Music in Vocal Performance. She has one kitten named Pancake Kevin.

Resume/samples of copyist work are available on her website. References available upon request.