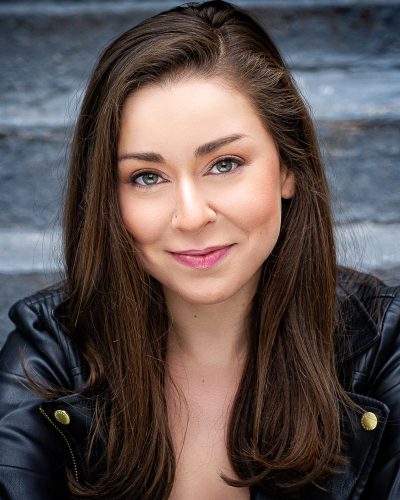 Jessie Linden is a New York City-based drummer, percussionist, singer and writer originally from Cleveland, OH. She works on Broadway as a percussionist, (Come From Away, West Side Story, Beetlejuice, Aladdin, Cats), as well as Off-Broadway, most recently as the drummer/"Devo" in Ars Nova's Rags Parkland Sings the Songs of the Future, for which she is also credited as a co-orchestrator and contributor of additional music, and as a featured band member for the TEAM's play Anything That Gives Off Light, with music by Shaun and Abigail Bengson. In 2016, Jessie made her David Geffin Hall debut as the percussionist for Manhattan Concert Productions' The Secret Garden. It was from that concert that she met Ramin Karimloo, touring England and as well as some North American cities with his band, and recorded music as well. Jessie frequently performs in concert venues around the city, such as Joe's Pub and Feinstein's/54 Below. She also writes and performs original acoustic music in her bi-continental duo out of NYC/London, The Hi Marks, featuring Matt Harvey. In addition to music, Jessie is extremely interested in iOS development, roller skating and movement/anatomy.