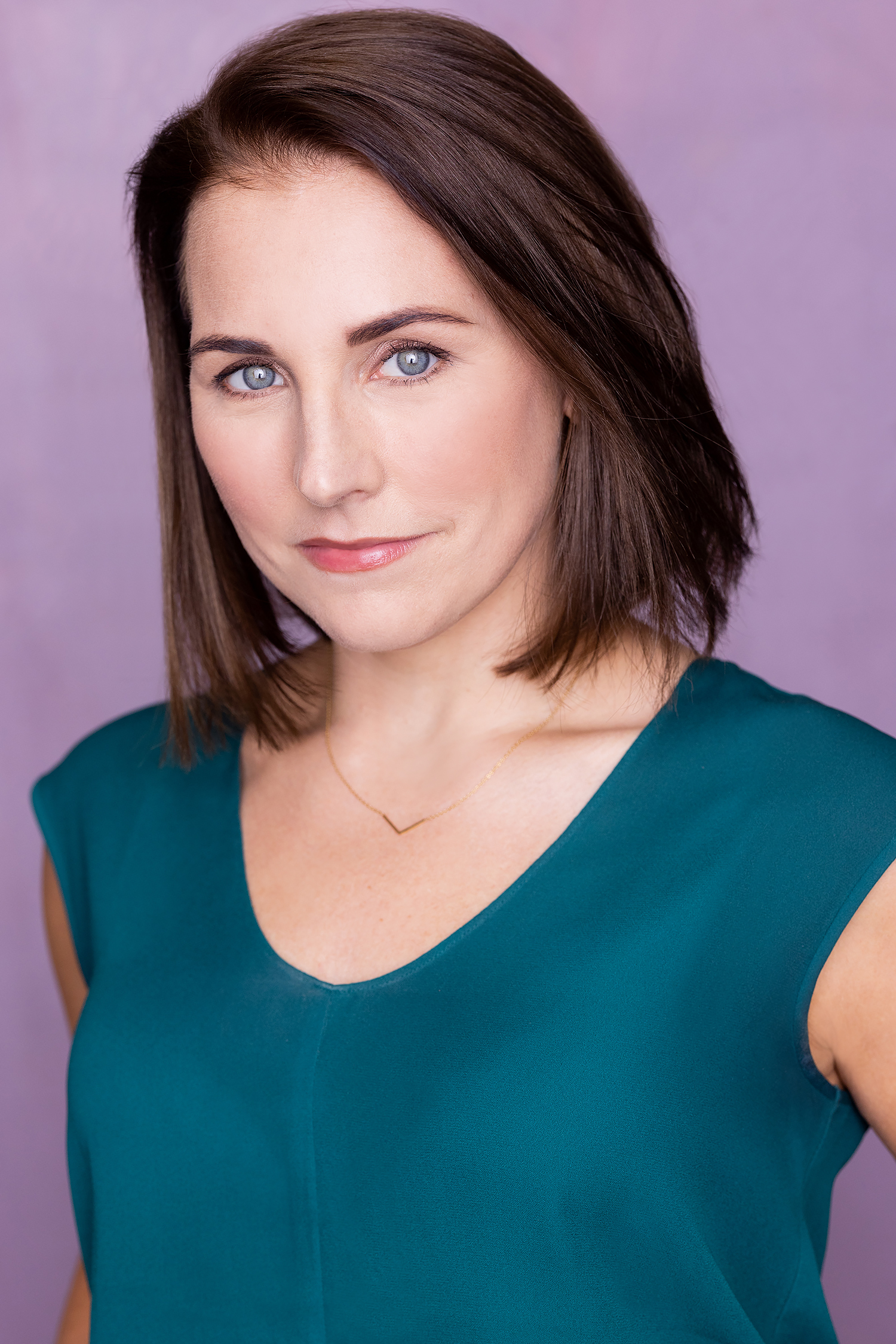 She is the star, creator, and producer of two solo shows: GET HAPPY! An Evening Celebrating the World’s Greatest Entertainer, Judy Garland, and ME, MYSELF & BARBRA. These shows have been seen at The Green Room 42, Paper Mill Playhouse, Bucks County Playhouse, Delaware Theatre Company, California Center for Arts and Entertainment in Escondido, Lake Dillon Theatre Company, East Lynne Theatre Company, and more. Both shows are currently available for booking.

Pastuszek is a successful voiceover artist having done national TV and radio commercials, numerous educational video series, blind captioning television narration, corporate training videos, and audiobooks. She is a proud member of the voiceover roster at Pandora Radio and has well over one hundred ads running throughout the country for household brands including Starbucks Cafe, Amazon Alexa, KIND Bar, Target, IKEA, Crest, and more.

Pastuszek is the Co-Founder of Innovative Voice Studio, with performance clients appearing on Broadway, Off Broadway, in national tours, on cruise ships, and in regional theaters, including Hamilton, Phantom of the Opera, Chicago, 1776, Hadestown, Wicked, Ain't Too Proud, Diana, Sing Street, SIX, Charlie and the Chocolate Factory, Grease, Harry Potter and the Cursed Child, Fiddler on the Roof, The Wizard of Oz, Hello Dolly!, Once, West Side Story, American Idiot, Saturday Night Fever, South Pacific, Motown the Musical, and more. In addition, they coach leaders across industries through Innovative Performance. Select clients include US Foods, [solidcore], Mark Fisher Fitness, BIO International, and the Children’s Law Center of California. Most recently, Jenna was on faculty, teaching private voice and Pop/Rock Audition Skills, at The University of the Arts’ Ira Brind School after having previously taught at New York University. Other faculty positions include The American Academy of Dramatic Arts, The American Musical Theatre Academy, and Musical Theater College Auditions.

As a performer, Pastuszek has performed everywhere from Maine to Florida, and from Cape May to LA. She has performed in New York City at The Player’s Theatre, The Green Room 42, The New Ohio Theatre, NYMF, and Theatre Row. Regional credits include the title role in Evita at Stage Door Theatre (for which she was nominated for a Carbonell Award for Best Actress in a Musical), Diner (directed by Kathleen Marshall) at Delaware Theatre Company, Because of Winn Dixie (directed by Marcia Milgrom-Dodge) at Delaware Theatre Company, Winter Wonderettes at The Walnut Street Theatre, The Last Five Years at The Eagle Theatre, Side Show at The Media Theatre, Sister Act at Lake Dillon Theatre Company, Catch Me if You Can at The Eagle Theatre, Bad Jews at The Walnut Street Theatre, and Next Thing You Know at Sharon Playhouse.

She received her first Masters in Teaching in Elementary Education from the University of Virginia (along with a BA in History and minor in French). Her second Masters is in Vocal Performance, with a concentration in Musical Theatre, and she has an Advanced Certificate of Vocal Pedagogy, both from NYU Steinhardt. Previous and ongoing study includes Upright Citizen’s Brigade, Circle in the Square Theatre School, the Jen Waldman Studio, and Lesly Kahn & Company. She is an Estill Voice International Master Trainer and completed her Rock the Audition teacher training with Sheri Sanders. She is a graduate of Seth Godin’s altMBA.