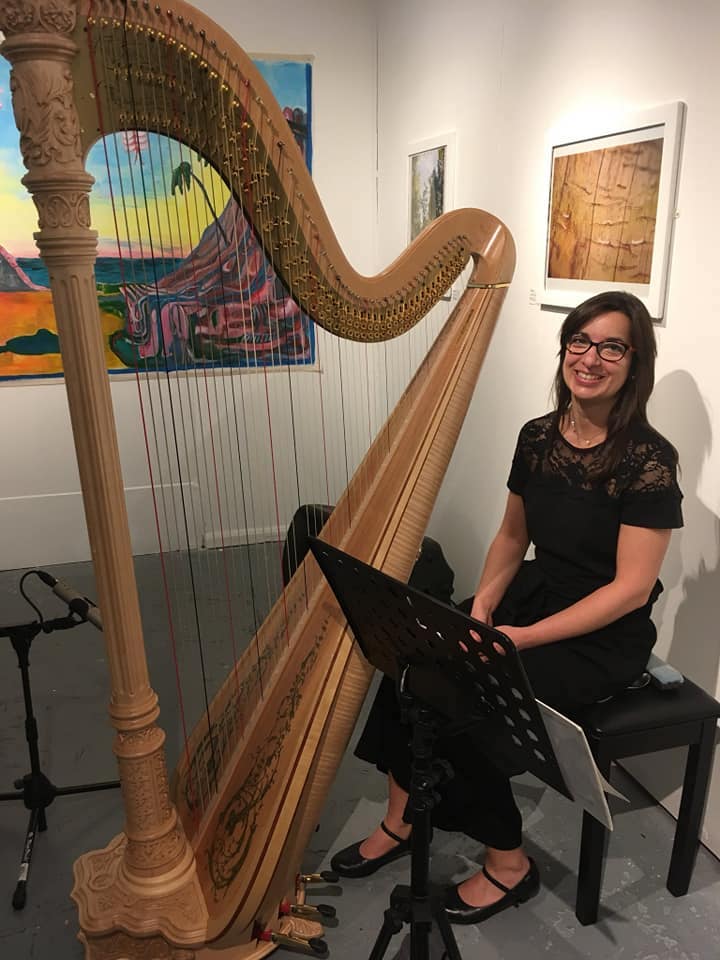 Described as "a sensitive chamber musician as well as a virtuoso soloist" by the New York Concert Review, Irantzu has played as a soloist at the Spoleto Music Festival in Italy, the Weill Hall- Carnegie Hall in NYC, the RioHarp Festival in Brasil, Casa de America in Madrid and at the Old Theatre Royal in Bath.

As a chamber musician she has intensively performed in NYC and Spain, where she was a founding member of the Belle Epoque Ensemble for contemporary music. An advocator of contemporary music, she has premiered more than 40 pieces for ensemble and solo settings, most recently Paul Burnell’s Robot Picking Raspberries. Her performance of Technicolor for Harp and Electronics by Angélica Negrón can often be heard at the WQXR, the free radio of NYC. As a member of the Olyver New Music Collective, Irantzu premiered Pastoral Dream, a harp trio by M. Olyver, at St. James’s Church in London last September.

After discovering the multidisciplinary performances during her studies at New York University, Irantzu started using literature and images in her performances, including: Notes on Words, her NYC Debut recital at Weill Hall -Carnegie Hall, Reflections in Spain, Merriment at the Artist Residency at Skimstone Arts in Newcastle, Illusions in High Wycombe with Violinist Dr. Sabina Rakcheyeva and Dawn of Shadows and Scintillation at the Fringe Festival in Bath presented by The Old Theatre Royal.

Irantzu has been a teacher for ten years and she very much enjoys introducing the harp to all the communities. Her storytelling harp performance for children has been presented at The Oliver House School in South London as well as by The Little Concert at Canary Water Studios and Richmond. In mid-October, she took part at the Oliver House School Fall Concert for children and most recently at the Ashwell House Center Christmas Carols Concert.

Originally from the Basque Country, Spain, Irantzu studied at the Reina Sofia Superior Music Conservatory in Madrid, at The Juilliard School (Bachelor’s and Master’s Degrees) and at the New York University (Advance Certificate in Music Education). International prizes include: Best New Artist of the Year by Cultura Viva Association in Spain, First Prize at the Superior Category of the UFAM International Harp Competition in France and First Prize at the Artist International Special Presentations Awards in New York City. Irantzu moved to the UK in 2018 and she is a harpist for Music in Hospitals and Care, bringing the joy of life music across London and a deputy harpist performing over the Afternoon Tea at the Waldorf Hilton Hotel. Irantzu is a teacher at Fireworks Music School as well as holding a private harp studio in London.