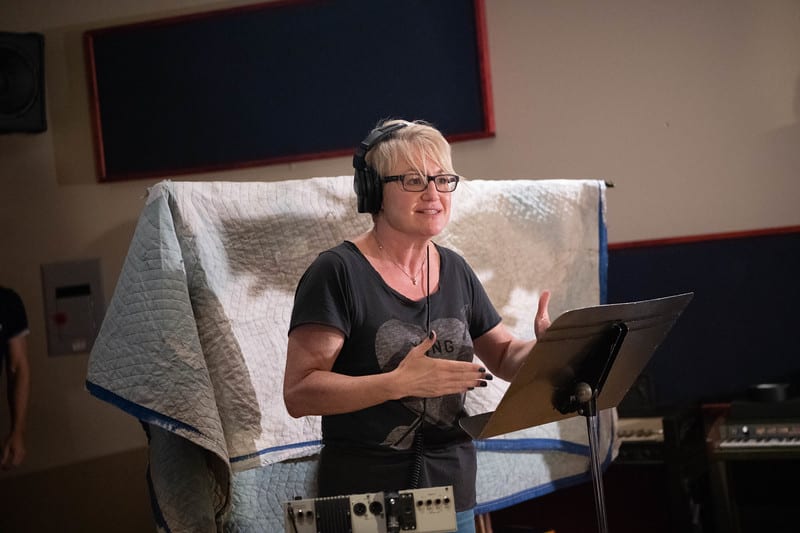 Singer and Composer, Ilene Reid, is one of the Grammy-nominated songwriters of Throw That Girl Around from the Broadway musical SWING! Her musical BINGO (THE WINNING MUSICAL) had a successful Off-Broadway run and continues to have numerous productions nationally and internationally. It was honored with the 2007 Bay Area CriticsAssociation Award for Best Musical.

Her critically acclaimed musical, VICES: A LOVESTORY, was produced at the Caldwell Theatre where it was nominated for eight 2010 Carbonell Awards including Best New Work and Best Musical. VICES: A LOVE STORY, the musical that Variety called “a minor miracle…a sensual celebration,” is in development for a New York run.

She and her partner, Michael Heitzman, were selected to participate in
a two-year residency with Indiana University Premier Musicals where she created her new original musical SOLANA. Director/Choreographer Josh Rhodes has joined the creative team and the musical was recently part of the new works festival at Tuacahn Center for the Arts in Utah and had further development at BYU Hawaii.

The Heitzman/Reid You Tube series “Going Up” was launched in January 2013 and
features Broadway colleauges performing her material. She is currently writing the musical adaptation to the Patrick Dennis novel, GENIUS.

As a private vocal coach in NYC, her roster of students includes Broadway and national tour actors, singer/songwriters and recording artists. Ilene was the resident vocal coach for all the “Billys” on the Billy Elliot Tour. Previously she served on the faculty at the Hackley School in Tarrytown, NY. She is currently an adjunct Professor at Indiana University School of Music.

Ilene is a proud member of The Dramatists Guild (2008-2009 Fellow), BMI and the
Writer’s Guild of America, East and in 2016 she received an Indiana University
Distinguished Alumni Award.