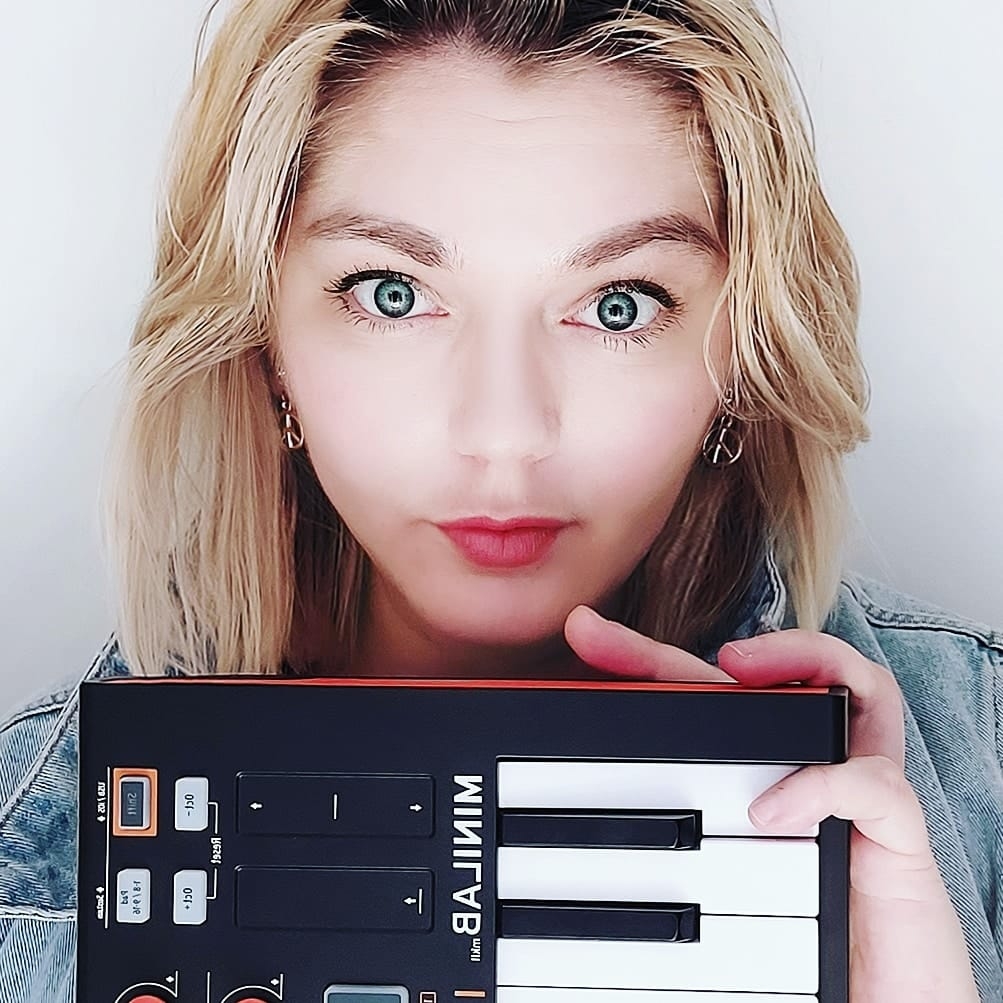 Ieva Dubova is a Latvian pianist and composer known for her experimental, new age approach to classical music and collaborative work.

Originally from Cesis, now based in London, Ieva Dubova is a graduate of Trinity Laban Conservatoire of Music and Dance, Ieva has performed across Europe, held multiple radio appearances, and collaborated with artists from multiple disciplines.

Ieva has learned the piano since she was little and studied piano performance un Der the tutelage of professor Alexander Ardakov. As a pianist Ieva has performed many concerts and masterclasses.

Piano Holds a special place in Ieva’s heart. In her words ... "It was my escape and best friend. My story telling partner. I used to plan to run away with my cat and my piano and live in the woods. I was 6 at the time, it might have not been the brightest idea I ever had.”

In 2019 Ieva decided to concentrate more on composition . Her first larger scale composition display was for ambient prepared piano with electronics at London February 2020 at an arts exhibition - Baltic Memories and Landscapes. Later these compositions where transformed into and album and a dance cycle - Reverie.
Inspired by nature, sensuality, and memories from her Baltic homeland, Dubova’s neo-classical Album Reverie is infused with cinematic melodies and digital ambient textures that capture the spirit of childhood imagination, evoke the beauty of nature, and transcend the temporal..

Ieva's Latest work is dedicated to her love of piano and represented in 10 Preludes for Piano that contemplate the existence of the world and the human relationship with it. The Preludes album is released in 2022 April alongside a book of scores. This also serves as inspiration fro a British poet to express her feelings regards the tragic war in Ukraine taking a personal Storie and the titles of the preludes to reflect in own way .

During the lockdown period, Ieva has brought her musical gifts and expertise to her digital community over a number of months, during which time she performed home concerts and led an online interview series ‘Piano Q&A’ with prominent musicians including Penelope Roskell (The Complete Pianist), Nicolas Sideris (Musica Ferrum) and Marcel Zidani (Hey Presto).

Dubova draws inspiration from a wide selection of music, from folk to baroque to modern, as well as classical composers such as Avro Part, Peteris Vasks and Erik Satie and Claude Debussy. The Latvian pianist has described the process of making music as a safe space that allows her to disengage from the world and immerse herself in the joy of creation.