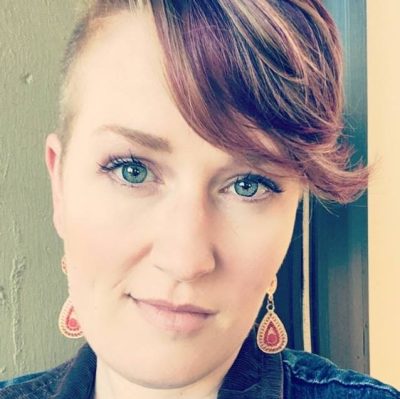 Holly Yurth Harmon is a composer/lyricist, librettist, essayist, poet and performer. Her musical-in-progress, WELCOME TO ZION, has had readings at Artists Repertory Theatre and Broadway Rose Theatre Company. She currently works as the Development Manager for Broadway Rose and as a teaching artist at Portland Center Stage. Her short musicals include HEY, YOU - WELL, ME, NO MORE IN DARKNESS, and TALE OF A GIRL, among others. She was a featured songwriter at the July 2018 Dramatists Guild National Conference in NYC. In June 2018 she was an invited playwright at the San Diego International Fringe Festival. She was a panelist at BroadwayCon 2018 in NYC. She is a recent winner of That 24 Hour Thing Playwriting Competition (May 2018). She wrote and starred in her one-woman musical named POP! GOES THE BUBBLE, in the 2017 Great Salt Lake Fringe Festival at the Vieve Gore Concert Hall in Salt Lake City. She is a member of the Dramatists Guild, the American Society of Composers, Authors, and Publishers (ASCAP), and LineStorm Playwrights. She graduated from Marylhurst University in Portland, Oregon, where she was a recipient of the Thomas A. Binford Scholarship for Writing from 2015-2018. She is a past grand prize winner in the Utah Young Writers @ Work Competition, and has received honors from both the League of Utah Writers and the Utah State Poetry Society.