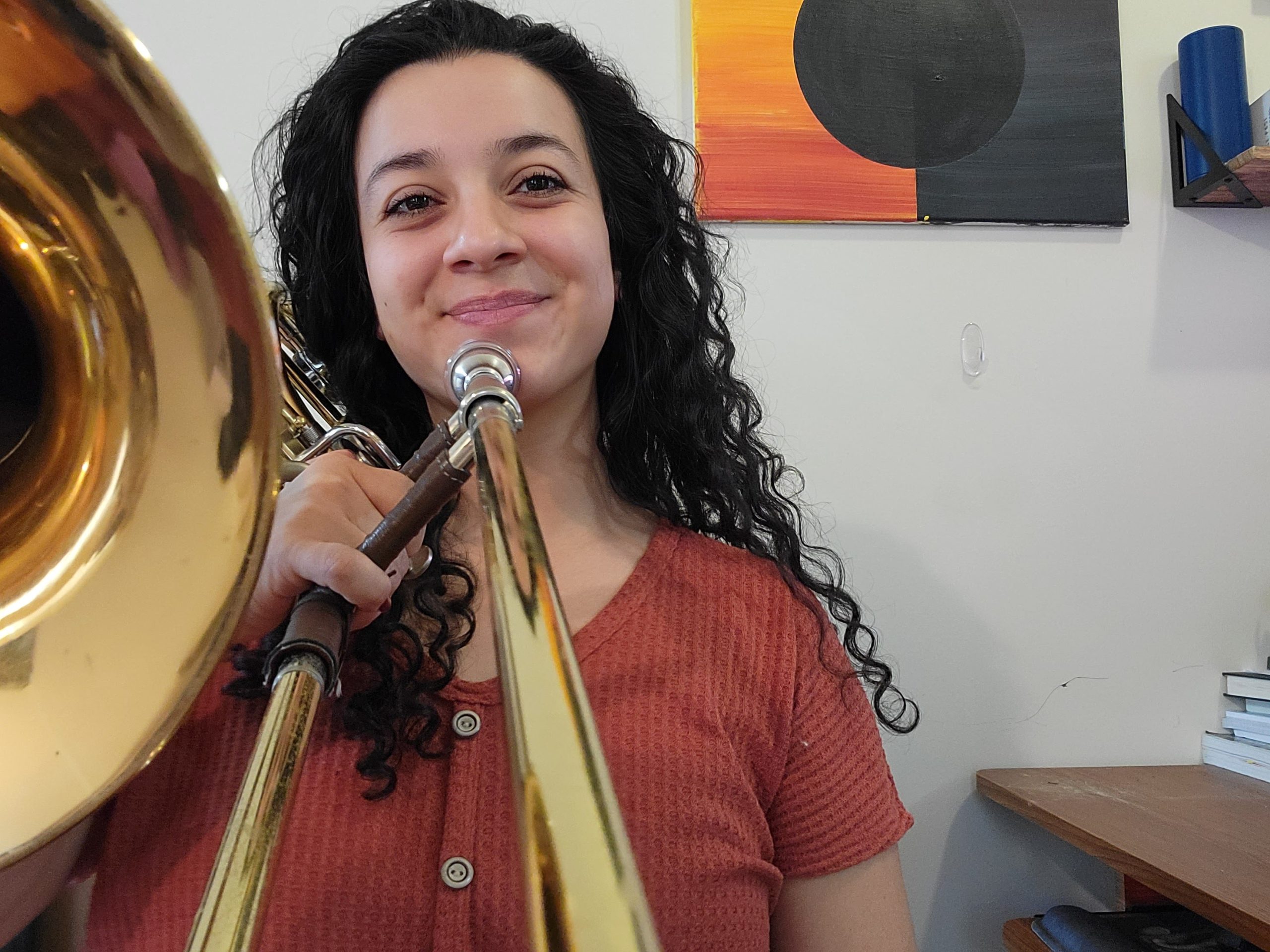 New York City based low brass specialist Gina Benalcazar is one of the most in demand doublers on the scene. Having degrees in both Classical Performance and Jazz Studies, Gina’s playing can be described as having deep understanding of low brass technique and jazz harmony and language. Under the mentorship of artists such as Michael Dease, Dee Dee Bridgewater, Luis Bonilla, David Gibson, and Doug Purviance, she has had the opportunity to work with some of the world's most prolific band leaders. She can be found playing with The Vanguard Jazz Orchestra, The Roy Hargrove Big Band, Etienne Charles’ Creole Soul, The Rufus Reid Big Band, and others along with subbing on Broadway with Moulin Rouge and Some Like It Hot. She also holds the Trombone and Euphonium seat for the new production of Cornelia Street . In 2017 she won the seat of Bass Trombonist for Rodney Whitaker’s Jazz Orchestra at Dr. Phillips Center in Orlando Florida, is the Bass Trombonist of the Dee Dee Bridgewater Big , holds a Tenor Trombone seat in the Ulysses Owens Jr. New Century Big Band and holds the Bass Trombone seat in David Gibson’s Big Band. She’s also played as a sideperson with various ensemble orientations and worked in education with artists such as Michael Dease, Alon Yovnai, Chris Potter, Michael Mossman, Rodney Whitaker, David Gibson, Luis Bonilla, Marshall Gilkes, Conrad Herwig, Kenny Rampton, Marlene Rosenburg, and many more. She is also one of the Administrative Faculty at the Brevard Jazz Institute, under the direction of Michael Dease.

Gina has also had the opportunity to record with groups such as the Mica Bethea big band, releasing the albums “The Mica Bethea Big Band” and “Suite Theory", Ulysses Owens New Century Jazz Orchestra "Soul Conversations," Michael Dease’s “Bonifide", is on one track of the album “One-Track Mind” by the Becoming Quintet, and is credited as an arranger on one track on Michael Dease’s album, "Reaching Out.” Her full discography can be found on her website.

Gina is also a band leader for a quintet called “The BOUNCE” that was selected for a Chamber Music of America grant in 2019. They perform in clubs around the North East, as well as in Lansing Michigan, and is releasing her debut record in Spring of 2023 (date to be announced soon). She can be booked for performances, festivals, masterclasses, and guest artist series.