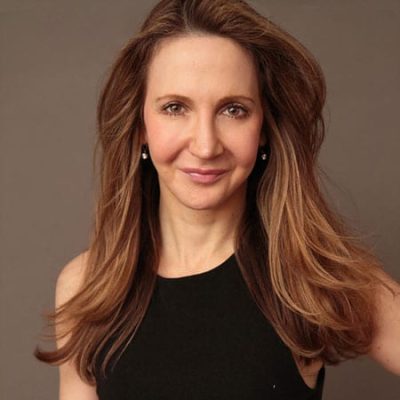 An in demand New York pianist and music director,
Gillian Berkowitz has performed piano, keyboard, accordion, and vocals in over 40 Broadway and
Off Broadway shows. Most recently she was the Pianist in The Lehman Trilogy(Director Sam Mendes) at the Nederlander Theatre.
Past engagements include performing as
onstage pump organist in the acclaimed Broadway play To Kill A Mockingbird (adapted by Aaron Sorkin,directed by Barlett Sher).
She also served as Associate Conductor of Avenue Q.

Previous credits include Pianist for the British productions of The Lehman Trilogy: both at the Piccadilly Theatre in London's West End and for the US Premiere at The Park Avenue Armory. (www.armoryonpark.org)
​
Some favorite past shows have included
Billy Elliot, Wicked, Head Over Heels, How To Succeed In Business Without Really Trying(Daniel Radcliffe), Summer, Rocky, A Bronx Tale, Mamma Mia!,
School Of Rock, and Jersey Boys.
​
Select projects have include music directing the New York premiere of A Taste of Things to Come (Director Lorin Latarro), and the world premiere of Bill Russell and Janet Hood's musical: Unexpected Joy. (Director Lynne Taylor Corbett), and on faculty for Italy's Music Academy International: Trentino Music Festival Per Mezzano Romantica.
​
Gillian has music directed dozens of new works throughout her career and has been on the creative team at the O’Neil Theatre Conference, NYMF, NAMT, Playwrights Horizons, Human Race Theatre, and Goodspeed. She is a regular contributing music director at 92nd Street Y, NYU’s Musical Theatre Composition program, TACT, and Lincoln Center's Songbook Series.
​
She has been featured as both a soloist and collaborator playing jazz, pop, classical, contemporary, and theatre music in venues across New York City including 54 Below, Jazz At Lincoln Center,
Green Room 42, Park Avenue Armory, Town Hall, Birdland, Merkin Hall, City Winery, Le Poisson Rouge, and both the Consulate General of Hungary and the Australian Consulate.
​
Her two trios: City Swing Trio and Whitetail Trio perform for corporate and private events across New York and New England.

Gillian has conducted When You’re In Love, the Whole World is Jewish in collaboration with Jason Alexander and music directed productions of Vanishing Point: A New Musical www.vanishingpointthemusical.com/Home.html
​
She composes and performs with the Sheba Ensemble, promoting Jewish music with a unique contemporary twist (https://theshebaensemble.com) and is a pianist for Scarlett Entertainment and Honeydew Artists. Gillian is also an adjunct faculty member at Pace University.