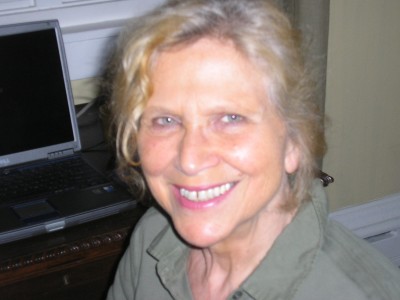 Gail wrote the libretto for her original play, RAINBOW JUNCTION, an opera for young audiences with music by Curtis McKonly. Her work as a playwright includes HOLY PLACES produced off Broadway at the American Place Theatre; ON THE HOME FRONT, produced widely most recently at the National Theatre in Washington DC; SEVEN, a docudrama, which she wrote with 6 other award winning playwrights to celebrate 7 remarkable women who have changed the world, produced world wide and translated into 35 languages; and the first draft of a new play, CRACKED OPEN which had its initial reading at the Grand Central Library presented by the League of Professional Theatre Women. Her musical, SWEETEE, for which she wrote the book, lyrics and music was directed by legendary Patricia Birch and produced to critical acclaim at the Signature Theatre, NY. She received the National Childrens Theatre Foundation Award, the Ruby Lloyd Award from the University of Alabama, Rockefeller Foundation Fellowship, One World Arts Grant, Artist-in-Residency at the Tribeca Performing Arts Center and Visiting Artist at the American Academy in Rome.