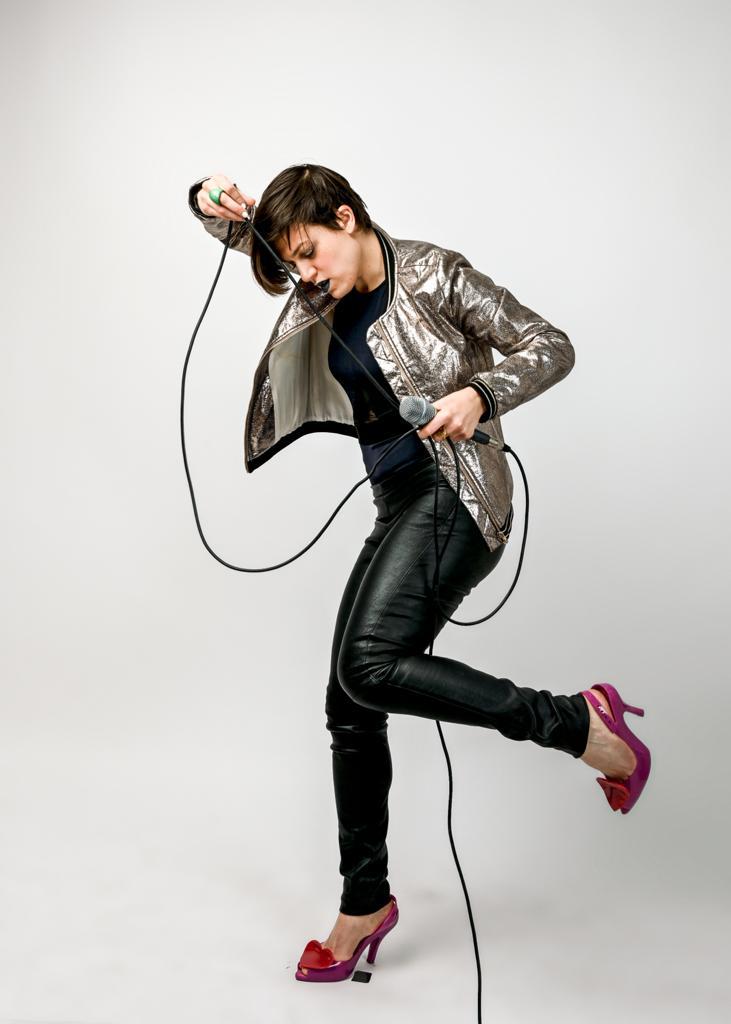 A plural Franco-Australian artist, Emmanuelle Zagoria trained in theater at the École Jacques Lecoq, in classical and jazz singing in various Parisian conservatories, in classical percussion in Australia and in musical theatre in several Parisian and Australian schools. She studied free improvisation with Hélène Breschand, Meredith Monk and Joëlle Léandre. She performed lead in New - the improvised musical, the free improvisation trio "Voix La Harpe Trompette", in several original musicals in Paris and sings and writes with Andy Emler, among others.

She writes/composes for other artists such as the Australian contemporary music ensemble Greywing Ensemble and creates her own shows. Wanting to transmit complex subjects in the form of musical theater, she studied political science and then created the solo "Vocal Experimentations" in New York, and was co-author/composer of La Mauvaise Voie, a political musical presented in Paris and Avignon for two seasons. She is creating two new pieces: a musical drama There She Is and a feminist electro-experimental musical solo What’s In the Handbag?

Eager to transmit, she taught singing, rhythm and free improvisation in several Parisian conservatories, theater with the Drama Ties company and art and politics at the University of Paris 8.

After living in New York 2011-2013, she just moved back from Paris to continue developing and performing original musicals in an environment that celebrates them. She is very excited to start this new adventure.