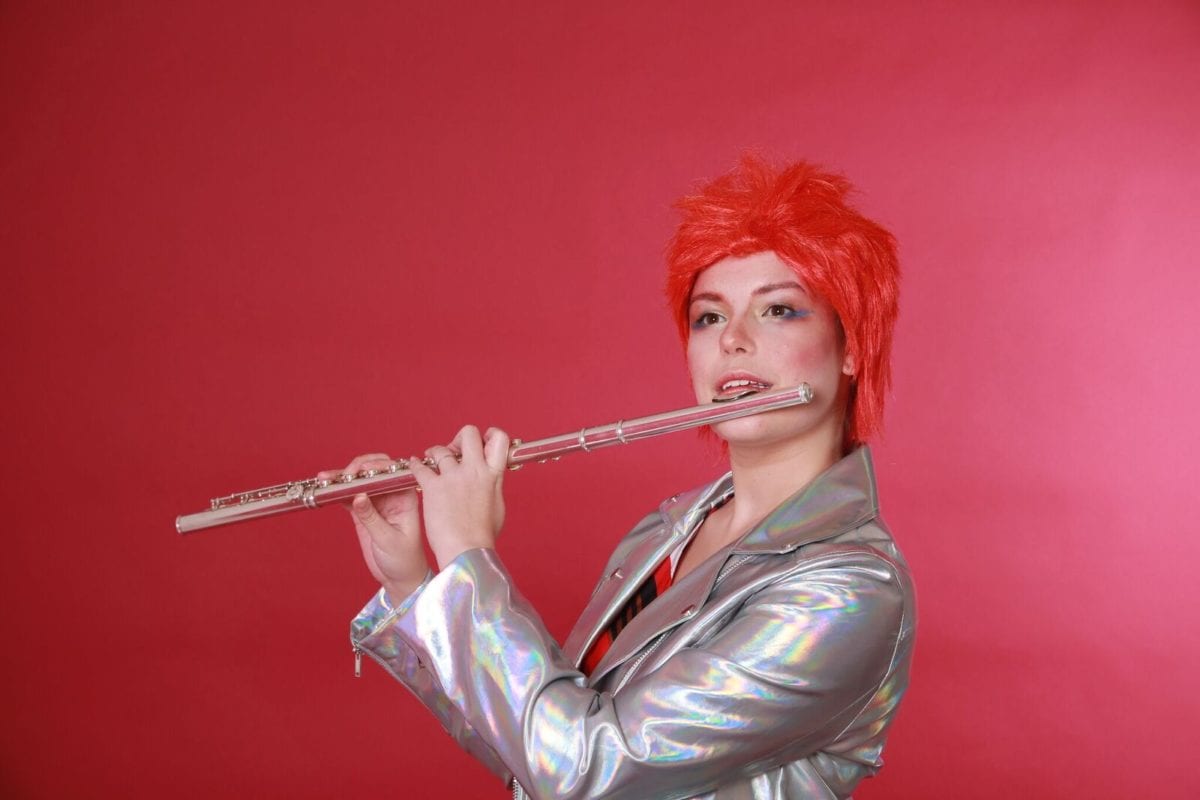 Flutist and singer Emily Duncan is an electrifying, theatrical performer redefining what it means to be an artist in today’s musical landscape. Through innovative costuming, elements of drag performance, and music that blends the classical, pop, and electronic genres, Emily is creating new musical experiences that live at the intersection of music, technology, theater, and art.

As a contemporary classical musician, Emily has performed with The University of Iowa’s Center for New Music, The New Juilliard Ensemble, AXIOM, and the New York Summergarden Series and has worked with David Lang, Joel Sachs, Thomas Adés, and Kaija Saariaho. From 2013-2016, she toured across the United States, premiering new solo and ensemble works with the Center for New Music. This past fall, she performed with Alicia Graf Mack during her classroom dedication and masterclass at Girls Prep. In New York, she has performed in a wide array of venues such as The New York Transit Museum, MoMA, The New York Times Building, The Colony Club, and Alice Tully Hall. She was most recently heard performing alongside members of Tangent Winds at the American Friends of Blérancort Gala honoring actress Rita Wilson.

As a theater artist, Emily made her off-Broadway debut last March as the Train Conductor and beatbox flutist in Patrick Dunning’s The Signature Project. She also appeared as a corseted “Caveling” musician in the folk opera The Cave, collaborating with guitarists, bassists, fiddles, and more in an improvised score. Their band-wide improvisations created a new experience with each performance. Emily has also served as the sound designer for Outlet Ensemble's "Brilliant Traces" and currently works as a sound design teaching artist for Roundabout Theatre.