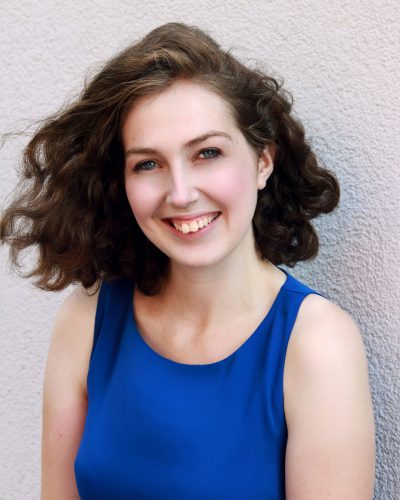 Emily Drossell is a New York City-based book-writer, lyricist, and performer. Her writing credits include The Northern Skies (an original musical), Alice (a new operetta), More Than This World (an original mini musical), Truth, Dare, or Lesbian (a new comedy special), Of Sleepless Nights (a CyberTank variety show), and Hedgepig Ensemble Theatre's holiday adaptation of Little Women. Additionally, she has collaboratively developed the scripts for a variety of new theatrical projects including Allongé Films and Theatre Dance Vietnam's Dancing Through... as well as Stage 284's new musical Earhart. As a performer, Emily has sung at venues such as Madison Square Garden, Lincoln Center, The Fisher Center, and The Stonewall Inn. A proponent of new work and emerging artists, Emily is a frequent collaborator with The Tank NYC, having most recently been featured in their 2022 PrideFest, and currently works at The York Theatre Company. She graduated from Vassar College with a B.A. in Drama and Music, where she received departmental honors in both her majors, and was awarded the Lucia V. Torian '69 Prize, which allowed her to attend Berlin Opera Academy's Emerging Artist Studio.