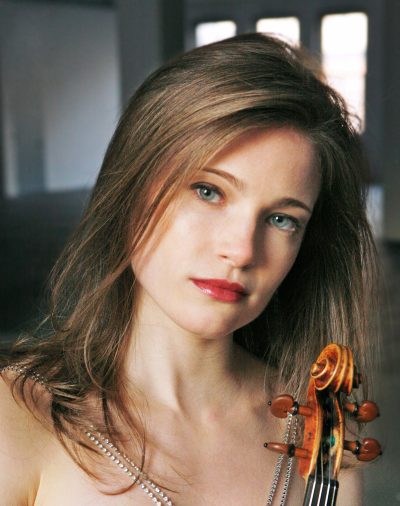 Emily Bruskin Yarbrough has performed as soloist with the Virginia, Pacific, San Francisco Ballet, Utah, Nashville, and Wichita Symphonies and has given recitals across the country and around the world in venues such as Carnegie Hall, the American Academy in Rome, the Kennedy Center, and Boston's Jordan Hall. As violinist of the Claremont Trio she has made critically acclaimed recordings on the Arabesque, Bridge, BMOP/Sound, American Modern, Tria, and Ongaku labels and has commissioned trios from Kati Agócs, Nico Muhly, Mason Bates, Gabriela Lena Frank, Sean Shepherd, Helen Grime, Judd Greenstein, and Hillary Zipper.

Ms. Bruskin Yarbrough has served as Guest Concertmaster of the American Ballet Theater Orchestra. She can also be heard performing with the Orpheus Chamber Orchestra and the Metropolitan Opera Orchestra.

On Broadway, Ms. Bruskin Yarbrough was concertmaster of the orchestras at Frozen, Anastasia, and Cinderella. She was also concertmaster for the NBC live broadcasts of the Sound of Music, Peter Pan, and the Wiz.

Ms. Bruskin was a grand prize winner of the Young Concert Artists International Auditions and the Kalichstein-Laredo-Robinson International Trio Award, and she received BBC Magazine's Critic's Choice Award and the Classical Recording Foundation's Young Artist Award. A graduate of the Columbia-Juilliard joint program, she holds degrees in Neuroscience and in Music.