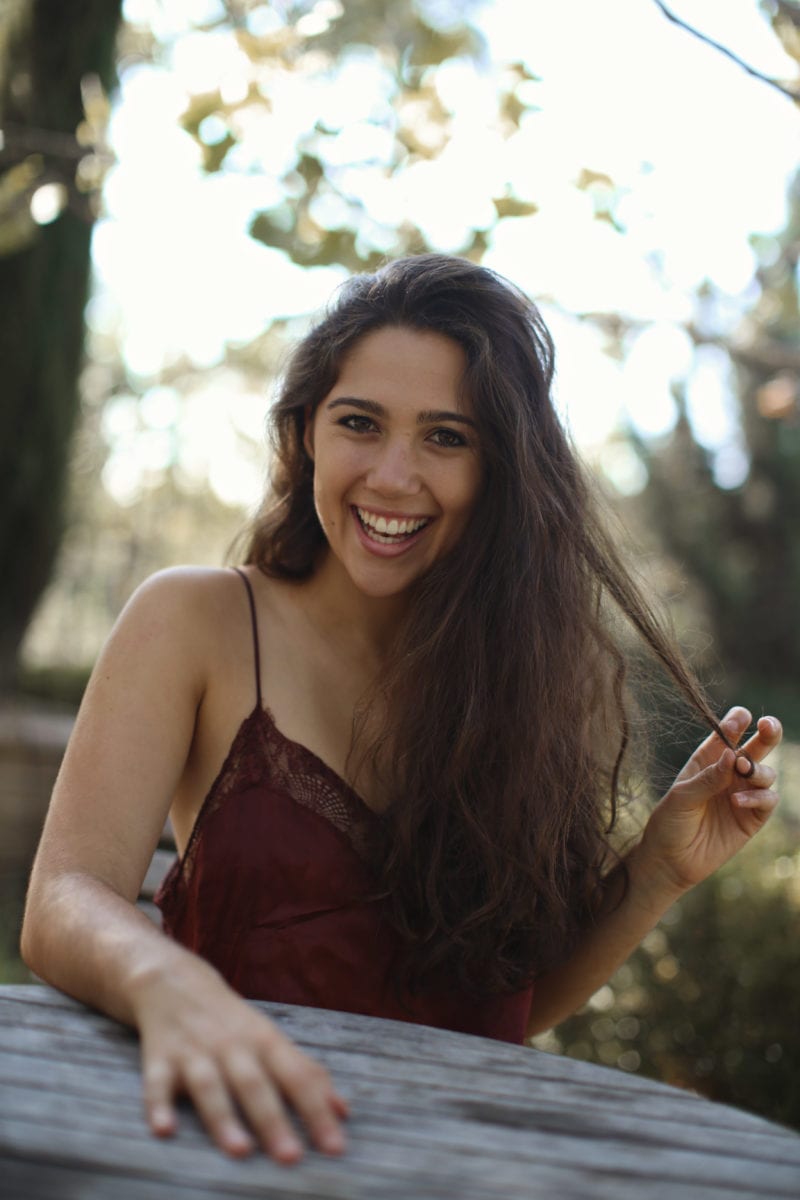 California grown singer-songwriter/guitarist Elizabeth Woolf grew up singing along to early Frank Sinatra show tune recordings in the backseat of her moms’ gray minivan, and found her voice while belting and sobbing to Sara Bareilles and Bon Iver from the driver’s seat of her dad’s hand me down Saab convertible. Once she discovered Stevie Wonder in ear buds on the BART, she knew it was time to fuse these influences into a sound of her own.   Over the past two years, Elizabeth has been refining her voice, finding her storytelling, and collecting her favorite sounds. Her passion for music has turned into a craft, as she creates her own sound, based off of her interpretations of the LA indie music scene, where she currently resides.
In 2016, she debuted her first musical, “Dreams of 18” at PianoFight theater in San Francisco, which she wrote, produced, and directed, after developing the piece at the Eugene O’Neill Theater Center. In 2017, Elizabeth was accepted to the Conservatorium Van Amsterdam’s Summer Jazz program, and she returned to LA later that year to host “Elizabeth’s First Annual Pajama Jam” at the Mint and was featured on BBS radio in January of 2018. Elizabeth was a Cabaret Fellow at the O’Neill Theater Center last summer, and is currently a finalist for the Johnny Mercer Songwriters Project at Northwestern University. Her influences range from the likes of jazz vocalist Ella Fitzgerald to modern day pop/jazz fusion artists such as Sara Bareilles and Lianne La Havas.

Elizabeth is currently working on a project set to be released this summer, and is a name you will come to know as she continues to make her mark across the music scene. Join her mailing list at www.elizabethwoolf.com to stay up to date with the project, follow her on social media, and come to an upcoming show!