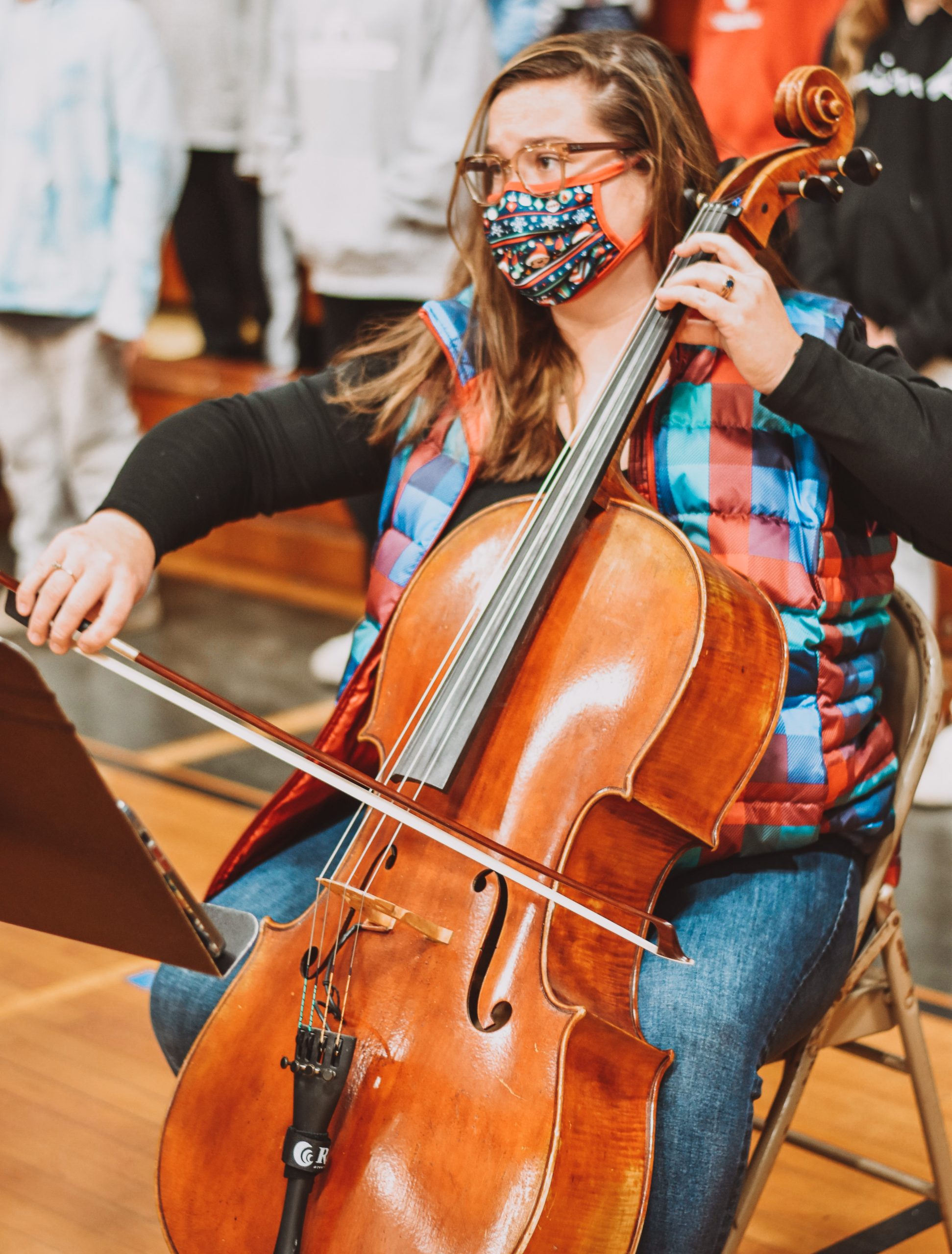 Caty Butler is a multi-instrumentalist with a focus on cello and bass. She found her love of music at an early age when her mother would play the soundtrack to Jesus Christ Superstar on repeat. Though she didn't pick up an instrument until she was 10, she performed in local theaters beginning at the age of 5. That experience helped shape her current musical career by fostering a love of performing and helping others.

Caty graduated with her Bachelor's in Music Education from University of Delaware and her Master’s in Music Education from Columbia University. Though it was a little later than most after performing full time, she eventually found her home in the Bridgewater-Raritan School District. Now, she balances her time performing, teaching her 6th grade orchestra, and her ever growing private studio.

Currently, you will find Caty living in Central Jersey where her school and studio are, but also performing regularly across the state, and even sometimes off-broadway.