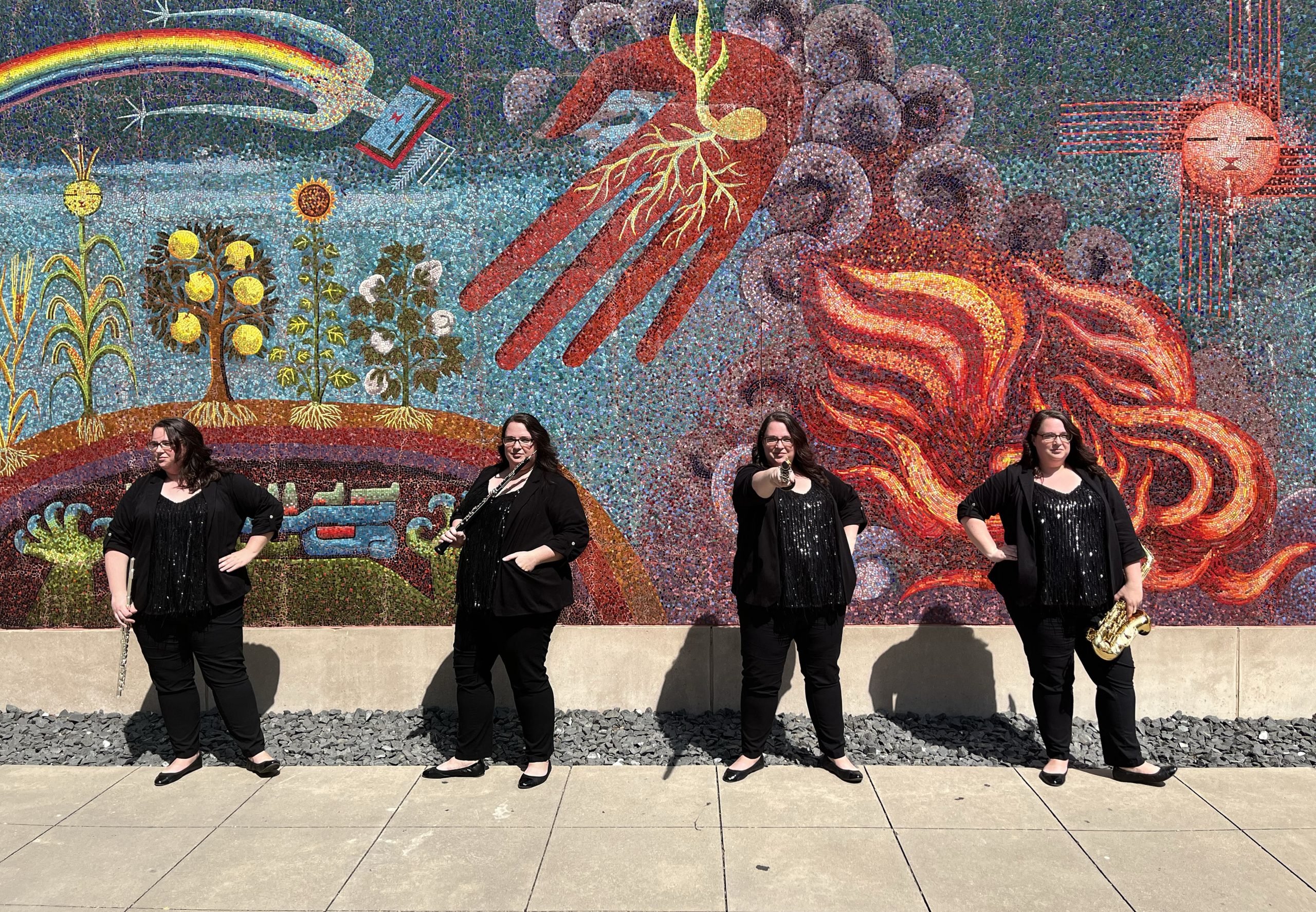 As a multi-instrumentalist and educator with a love of musical theatre, Catherine Conlin (she/her/hers) maintains an active career in the Dallas, TX area. Originally from Ohio, USA, she received her Bachelor’s from Cleveland State University (CSU), a Master's from University of North Texas (UNT), and is currently pursuing a DMA in multiple woodwinds at UNT. While at CSU, Catherine was named the undergraduate winner of the Daniel Rains Solo Competition, performing Debussy’s Premiere Rhapsodie with the CSU Symphony Orchestra. She was a founding member of All-Star Winds, a woodwind quintet who brought classical music to informal settings. She also performed on baritone saxophone with 6 King Brass, in addition to writing several charts for the band.

Catherine quickly established herself as an accomplished and highly sought after performer and educator in the DFW area. She is a regular instructor for Bocal Majority’s Clearly Clarinet Camp and a chamber coach for UNT’s ClarEssentials camp. She also maintains a private studio in addition to giving masterclasses all across the metroplex. As a pit musician and music director, she plays several musicals each year with a reputation for quality performance. Her versatility and excellent sight-reading skills keep her in high demand, performing for theaters such as Lyric Stage, Grand Prairie Arts Council, Firehouse Theatre, Happy Ending Lyric Players, On Stage in Bedord, Lakeside Community Theatre, Medical City Lewisville Grand Theatre, as well as countless others across the Dallas/Fort Worth, TX and Cleveland, OH areas.